Can you lend a hand to help the group…?

HF: We currently have over 1,500 articles posted on the website.

I wonder if you could spare a little time to help the site develop. Maybe an hour or two each month?

The life blood of the Group and the website is articles, either about a new subject or adding additional information to one already posted. Articles do not need to be long nor with an “academic” content or structure. Nor do they need to offer a full and detailed overview of the subject. Indeed my experience has been that posting an article in almost every case leads to additional information or images being forthcoming. And in this way our database steadily but surely becomes the tremendous archive i believe…

A number of people already do. Contributors of course – both articles and comments. Malcolm Morris and Yannis Baritakis behind the scenes with site administration. Translators.  Those retyping articles. Thanks to everyone for their efforts.

Why not join us? We are looking for those who can:

a) help with producing maps. It would be very useful if we could mark locations on maps and indicate what is or was at that place. This map, produced by Malcolm Morris, showing Indhhk mining article locations is an example: 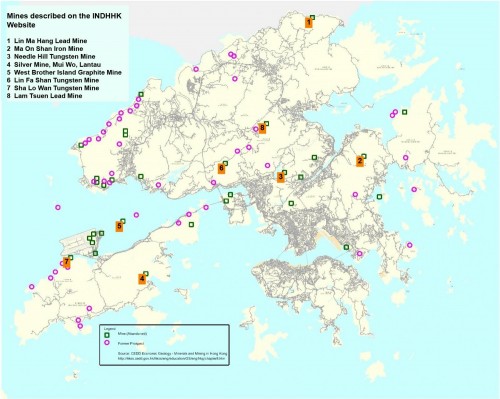 It may be better to  use a google map as this would enable a great deal of information to placed which could be zoomed in on. For example we have numerous quarry locations many of which were initially crowded around HK harbour but later can be found across Hong Kong.

Some maps we need are of industrial areas with company locations eg Tuen Mun, industries with  numerous locations eg shipbuilding…I don’t have the technical knowledge to know what might be best…do you?

b) place locations on photographs. Here’s one of Yau Tong which Tymon Mellor initiated: 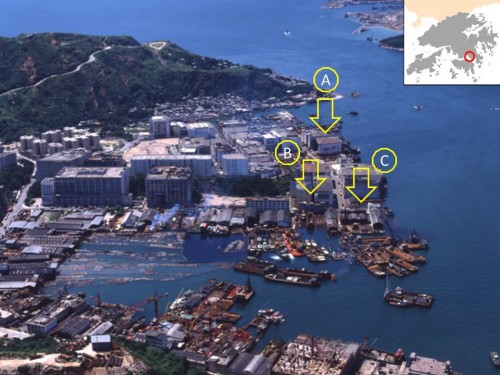 c) type out short, printed articles into word documents. The former can sometimes be difficult to read. And the typed version is “searchable”, the printed version not. Here’s an example by Mark Regan: 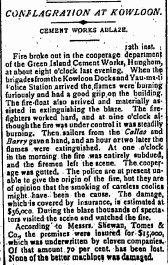 Fire broke out in the cooperage department of the Green Island Cement Works, Hunghom, at about eight o’clock last evening. When the brigades from the Kowloon Dockland Yau-ma-ti Police Station arrived the flames were burning furiously and had a good grip on the building. The fire-boat also arrived..

d) translate short documents. We now have two people translating Chinese, one Japanese, one Portuguese and one French. If you can offer any of these, especially Chinese , or any other languages it would be very helpful… 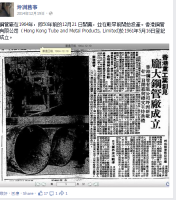 e)…and the life blood of the Group, contribute articles, comments or answer one of our Q+As.

It would be great if you could help our Group by offering  a little of your time with any of the above.

I look forward to hearing from you.