York Lo: In the 1950s and 1960s, Cosmos Aerated Water (大同汽水廠) was a major soft drinks manufacturer in Hong Kong. The Wong family, which founded and managed Cosmos in HK, was also the founder and owner of Cosmos Bottling, which was the first and second largest soft drink manufacturer in the Philippines.

The Cosmos story began in 1918 when Wong Ning (黃海山), a native of Guangdong Province, migrated to the Philippines and established the Manila Aerated Water Factory along Misericordia St. in Manila. When World War II broke out, the Japanese Army incarcerated Wong Ning because of his affiliation with the Kuomintang government and later he died in prison. His seven children, led by the eldest son Dr. Henry Gao-Hong Wong (黃如熊) took over the family business after the War and Manila Aerated Water was renamed Cosmos Bottling Corporation in 1945. Under the leadership of Henry, the firm became the number two player in the Filipino market with its popular Sarsi root beer, Sunta orange soda and Pop Cola.

In 1947, the family expanded into Hong Kong with the incorporation of Cosmos Aerated Water Co Ltd. It is unclear what prompted the Wong family to expand into the HK market but since they are Cantonese (which is a minority group in the Filipino Chinese community that was and still is dominated by Fukienese), they have no language barrier in operating in the colony where Cantonese is the main language. 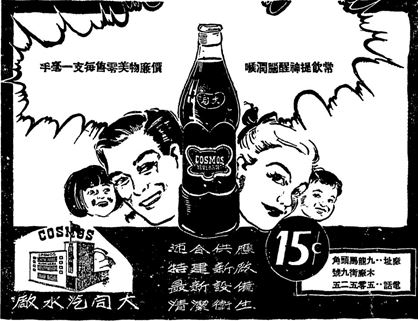 Cosmos’ first plant in Hong Kong was located at 350-352 Castle Peak Road (青山道) in Kowloon with daily production of 4,000 dozens (48,000 bottles). By the mid-1950s, Cosmos was a popular soft drink brand in HK and in October 1954, they relocated to a 10000 sq feet new plant in To Kwa Wan (土瓜灣) to meet the rising demand. This was located at 9 Mok Cheong Street (木廠街) where other aerated water companies such as Bireley’s and Watsons also had their plant. The firm spent HK$ 300,000 to buy state of art machines from the US for this new plant, such as soft drink injection machines, bottle washing machines, ultraviolet sterilizing machines and steam pressure cookers and the new plant was capable of producing 3,000 bottles per hour. At that time, Cosmos offered 8 flavors of soft drink, which included Sarsi, Orange, Cream Soda, Lime, Lemon, Mulberry, Grape and Pineapple. 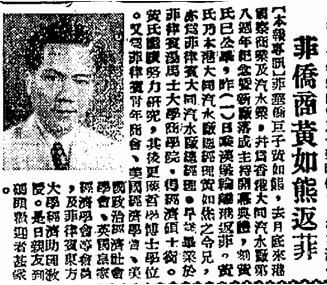 As the head of group, Henry spent most of his time in the Philippines but visited Hong Kong at least once a year as old newspapers clippings show. Trained as an economist with master and doctoral degrees in economics from the University of Santo Tomas, Henry also worked part time as an economics lecturer at his alma mater and associate professor in economics at University of the East.

In July 1966, Cosmos relocated once again to a new plant at 28 Hung To Road in Kwun Tong. The plant, which was two story tall on a 5760 sq ft site cost over HK$450,000 to build and was equipped with latest equipment from the US. It was opened in a big ceremony which also celebrated the 20th anniversary of Cosmos’ operations in Hong Kong and was attended by over 1000 guests. By that time, Cosmos’ operations in the Philippines was selling 500,000 bottles of sodas per day.

However, after a tour of the new Kwun Tong plant for local children in August 1966 there are no additional articles about Cosmos’ activities in Hong Kong.

The brand has since faded away from the HK beverage market although the corporate registration of Cosmos Aerated Water remains active as of today.

Back in the Philippines, Henry Wong suffered a stroke caused by a brain tumor and died at the age of 53 in 1970. He was succeeded as president of the group first by an outsider – William Ma Padua and then a decade later by his younger brother Hubert Wong.

Third generation members such as Danny Wong Barrenechea (a graduate of UCLA and USF and son of Henry worked for Cosmos for 22 years during which he worked as Marketing Director and is currently a business school professor at Ateneo de Manila University) also joined the business. 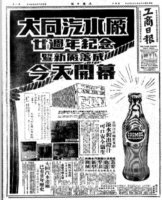 Front page ad in Kung Sheung Daily about the 20th anniversary of Cosmos Aerated Water and opening of its new plant in 1966 (KSDN, 1966-7-23)

This article was first posted on 15th February 2017.