Ian Wolfe: This 1949 photo shows, in the orange triangle, the newly built China Oxygen and Acetylene Co., Ltd compound. The company was a subsidiary of the British Oxygen Company Ltd.

[The yellow oblong shows an aerial ropeway within the Green Island Cement complex.] 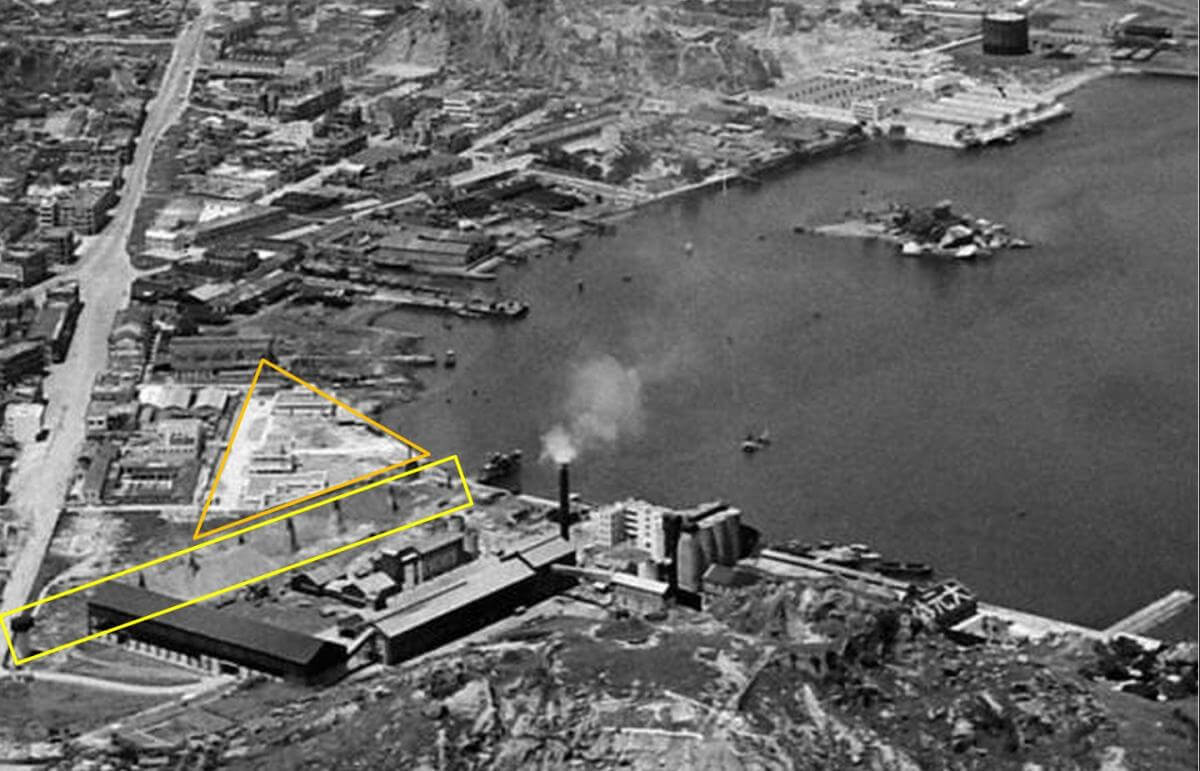 “Pursuing their policy of post-war expansion, the British Oxygen Company Ltd. some time ago formed a subsidiary company in Hong Kong under the title of China Oxygen & Acetylene Co., Ltd. This paralleled development, on similar lines in Egypt and Malaya, representing additions to its existing large Overseas Organisation throughout the British Commonwealth.

Some delay arose due to the difficulty of finding a suitable site in Hong Kong, but eventually K.M.L. 60 (actually 69), situated in the Hung Hom district of Kowloon and having a sea frontage, was selected in the year 1948.” 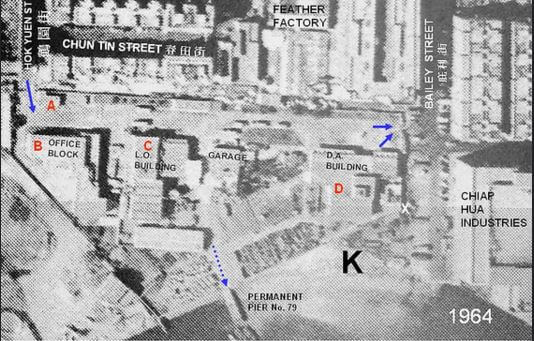 Ian would appreciate 1950s / 1960s photos about the entrance gates, the granite block walls and the premises in general.

HF: And we would be grateful for any information or images about the company.