Departed on 19 August 1944 for Singapore 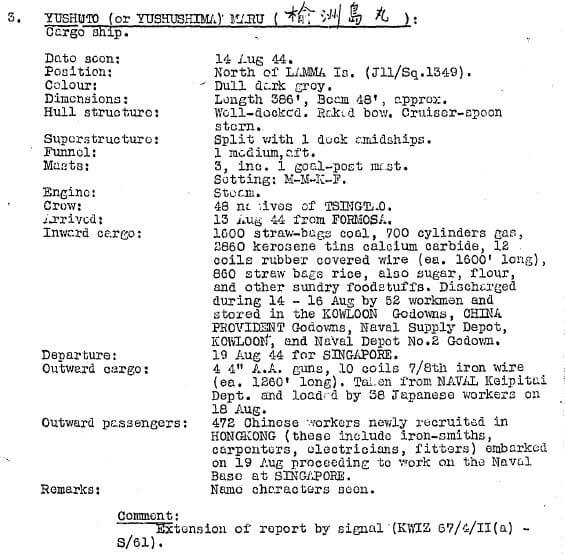