Admitted to Kowloon Docks for repairs to stern and engine. Completed on 15 Aug 1944 and discharged.

An image of this ship would be helpful

This article was first posted on 17th December 2016

Stephen Davies adds: The only Kaishu Maru and Kaisho Maru that I know were both Imperial Japanese Army transports and ex-general cargo ships. 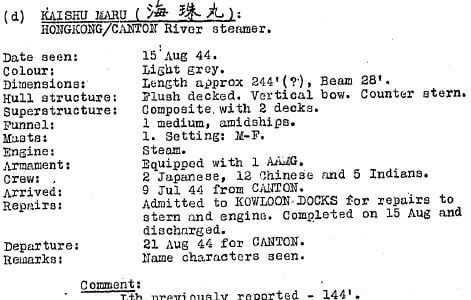