This transport ship was seen on 21 August 1944. Unknown name but with the number “7” on its funnel.

Arrived on 19 Aug under escort

Departed on: Not given

Remarks: One of a convoy of four ships that arrived on 19 Aug

This article was first posted on 10th September 2016. 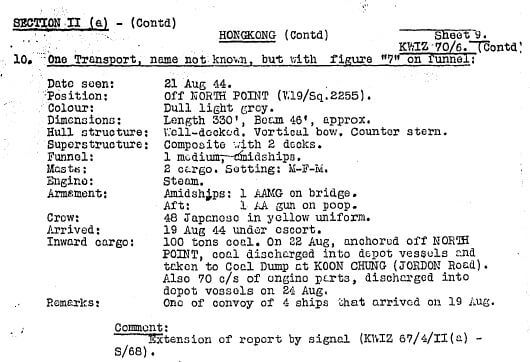