Stephen Davies/HF: Ah King’s Shipyard is thought to have had three locations.

Gwulo suggests these were:
1st  On the Praya waterfront in Wanchai, today’s Johnston Road
2nd 1925 – 1955 Causeway Bay Typhoon shelter in the very corner on a piece of Crown Land
3rd 1955 – 2002 Moved to the final location when the Causeway Bay typhoon shelter was reclaimed to make Victoria Park. (1)

SD: We have no concrete data about actually when Ah King set up shop.

I think it might be possible to find out with a trawl through what extant copies there are of the Index of Streets, House numbers and Lots, the first of which appeared in the 1890s and continued sporadically thereafter until the government took it over in, I think, the early 1900s and made it more or less annual.

One early mention is with the founding of the HK Corinthian Yacht Club in 1904.  My hunch is that he’d probably been around for at least a decade by then, probably longer, though whether always on Praya East Central, I haven’t a clue. 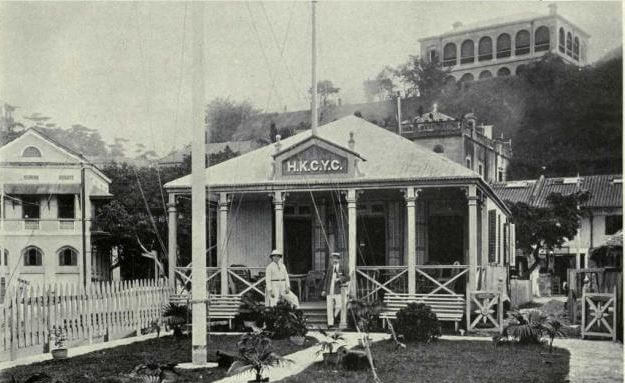