Elizabeth Ride has sent in these BAAG reports which deal with aspects of the relationship between the Red Cross and the Amoy Tinning Company in Hong Kong from June to September 1944 during the Japanese occupation, WW2.

HF: Amoy Tinning / Amoy Canning? The company seems to have been known originally as the former  but by 1938 Amoy Canning Corporation (Hong Kong) Ltd ‘was registered in Hong Kong and its head office  moved there. “C” says in a comment that “The Chinese name of the company has always been 淘化大同, not 淘化大隆. Nowadays it is often abbreviated as 淘大.” As a non-Chinese reader I wonder if “C” or someone else could explain this.

I am afraid these particular extracts are not always as legible as the usual BAAG reports. I hope you can at least the gist of what was going on. 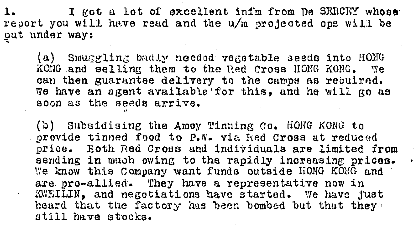 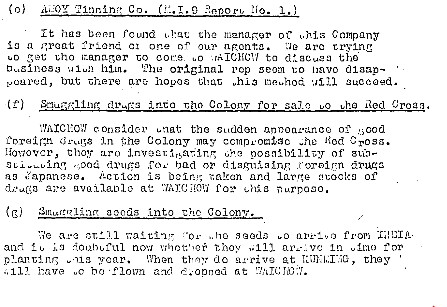