HF: The report is lengthy so I am going to divide it up into separate articles. Here, electricity… 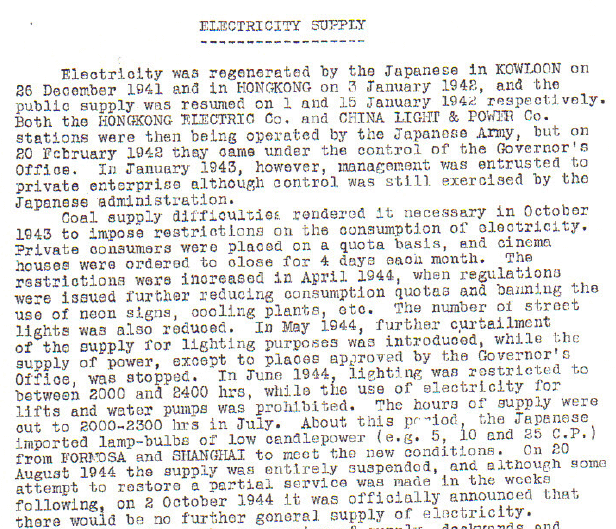 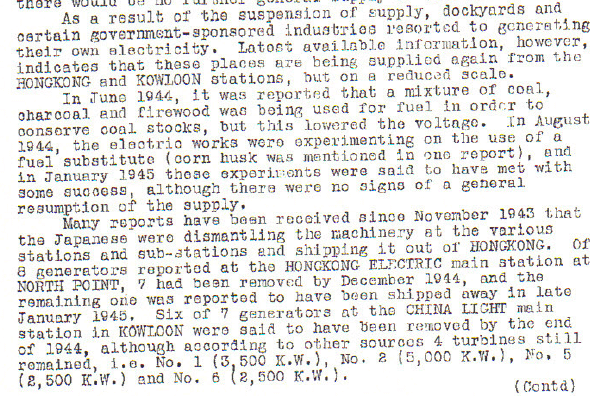 The image on the Home Page is of Hok Un power station, Kowloon, in October 1945 shortly after the Japanese surrender.