Robin Selby has sent the following information about his great-uncle Thomas Selby (1866-1937) during his time working for The Indo-China Steam Navigation Company Ltd (ICSNC) which had been established in 1873 as a subsidiary of Hong Kong based Jardine, Matheson & Co. Thomas worked for ICSNC from 1895 to 1908 when he was granted 12 months home leave and appears not to have returned. 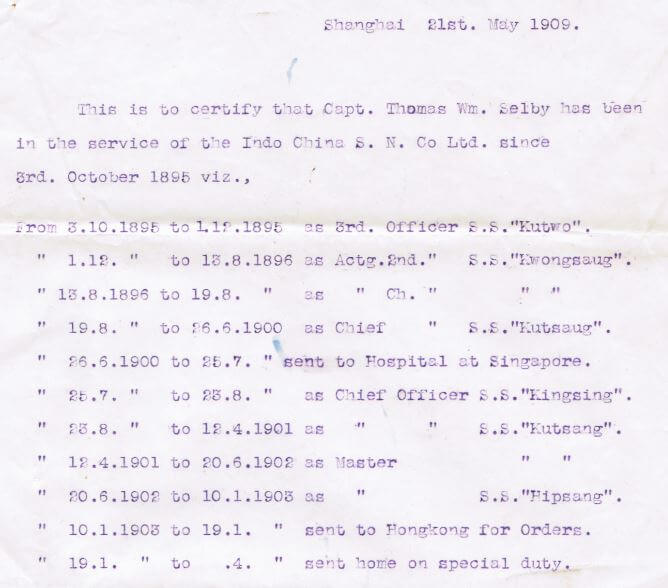 Robin writes: You will see that Thomas went to hospital for some time in 1900, and after that he was sent home in 1903 on special duty.  I surmise that he met his future wife while he was in hospital, and the ‘special duty’ was getting married.

Stephen Davies adds: The Tungshing (a.k.a. Tung Shing and Tongshing) is the vessel that is most clearly attached to Selby’s name. It was built at Newcastle, UK. [refer to notes below]

The image shown on the home page of this article is of Thomas Selby during his time as mate on the Cutty Sark.