From the 1920s to 1970s, the families of two brothers – Tam Lap-chiu and Tam Lap-kee – were active in both the manufacturing and retail of garments and shoes. Old timers might recall their retail outlets on Des Voeux Road Central in Sheung Wan. 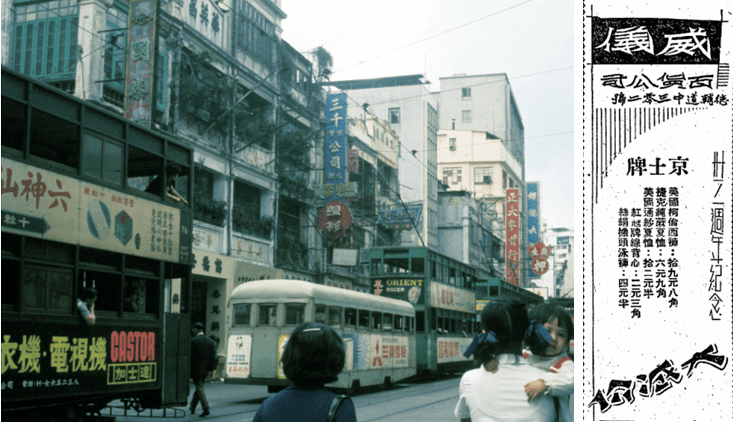 A native of Xinhui in Guangdong province, Tam Lap-chiu came to Hong Kong in 1918. His first venture was 3000 Shoe Factory (三千鞋廠) which was founded in 1922. 3000 also expanded into knitting and developed its own brand of shirts and clothing – King’s which was later sold at 3000 Department Store (三千百貨) on Des Voeux Road next to the popular remittance firm of Wah Ying Cheong. In 1924, Tam established Wai Yee Co (which means pomp and circumstance in English) as a department store at 302 Des Voeux Road Central in Sheung Wan (present site of Wah Kit Commercial Centre) to sell products from his factories and other suppliers.

Outside of business, Tam Lap-chiu was extremely active in community affairs, having served as chairman of the Tam’s Clansmen Association of HK (for which he was very involved in developing its Tam’s Wang Yeung Building 譚氏宏陽大廈 on Wing Lok Street in Sheung Wan) and Chew Lun Clansmen Association of HK (昭倫公所, fraternity of families with last names Tam, Tan, Hui and Tse who believed they are descended from Jiang Ziya who helped to overthrow the Shang dynasty) and a number of business groups such as Po Yick Association (retail trade group), Sze Yup Chamber of Commerce in addition to the Central Kaifong Welfare Association. When Tam Lap-chiu died in 1978 at the age of 80, his funeral was attended by over 1000 friends and family. His eldest son Tam Sik-chuen (譚錫泉) succeeded him at Wai Yee while his second son Tam Sik-hung (譚錫洪) and four daughters set up retail business in San Francisco and his third and fourth son became an architect and dentist.  As a firm, Wai Yee Co Ltd was incorporated in 1970 and dissolved in 2001. 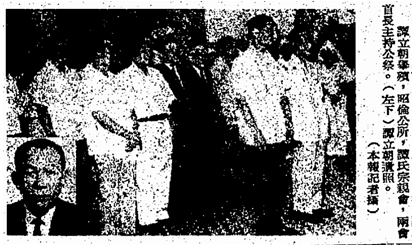 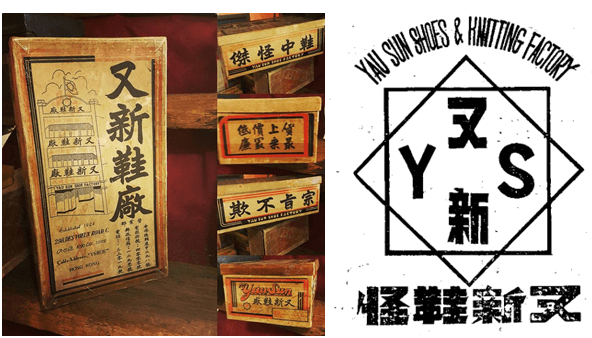 Tam Lap-kee followed his older brother to HK and started Yau Sun Shoe Factory in 1924. Based on its trademark registration in 1939, the firm was also involved in knitting but after the War it was only involved in shoes. The factory’s store was located at 298 Des Voeux Road Central, which was right next to his older brother’s Wai Yee Company.

Aside from its own shoes, Yau Sun also sold imported shoes from the UK, Italy and the US. To promote his firm, Tam came up with the interesting name of “Yau Sun Shoe Eccentric” (又新鞋怪) for his store and memorable slogans of “highest quality, lowest price” and “no scams”.

Outside of work, Tam Lap-kee was involved in the Tam Clansmen Association which his brother chaired and he himself had served as chairman of the HK Footwear Association and footwear committee chair at the Chinese Manufacturers Association. He died at the age of 58 in 1956 and was survived by 4 sons (1 son predeceased him) and 2 daughters. His widow Kwok Yiet-ying (郭月英) succeeded him as chair of the firm but the management of the firm was passed on to the fourth son Tam Kwan-hon (譚鈞漢). Born in 1938, Kwan-hon was educated at St Stephen’s College and Assumption University in Windsor, Ontario, Canada. In 1968, he was elected chairman of HK Footwear Association. Many of the family members migrated to Canada and the US and when family matriarch Kwok Yiet-ying died in 1975, her body was shipped to Toronto for burial. As a firm, Yau Sun Shoe Factory was incorporated in 1964 and dissolved in 1988.

This article was first posted on 26th January 2018.