York Lo: The Kwan family and Yue Ying Can Manufacturing and Asia Can Co

Earlier on the website we covered the Shang family of China Can Company. Another key player and pioneer in the HK can industry since the 1920s is the family of Yue-Pang Kwan (關如彭, hereafter refer to as “Y.P. Kwan”) and Yue-chung Kwan (關如松, hereafter referred to as “Y.C. Kwan”), which started Yue Ying Can Manufacturing and Asia Can Company, two leading firms in the industry. In fact, Yue Ying Can Manufacturing (如英印花鐵罐廠) was the first domestic manufacturer of tin cans and lithographic tin printer when the Kwan brothers sought to break local manufacturer’s reliance on foreign tin cans for packaging by establishing the firm on Hennessy Road in Wanchai in 1925

According to an article about the history of the lithographic printing industry in Canton, the Kwan brothers got their start at Kwan Tung Nga Lithographic Press (關東雅印刷局), which was founded in Canton in 1905 by their kinsman Kwan Ching-hin (關靜軒) and was a pioneer in the industry until its dissolution in 1925, upon which many of its employees started other firms in Canton (including Kwan Fung-chi 關鳯池, a cousin of the Kwan brothers who started Chung Hing Lithographic Press) and HK.

By 1934, Yue Ying’s annual sales had more than tripled to over HK$100,000 from its initial annual revenues of HK$30,000. Its outputs were shipped to the Southeast Asian market and major cities in Southern China. In HK, it enjoyed a healthy market share as it was a duopoly with Wah Yick, which was absorbed by China Can Company, its competitor from Shanghai the same year. The firm had $50000 worth of equipment, 30 male workers who were earning monthly wages ranging from $14 for a regular worker to $90 for clerical workers and $100 for supervisors and 40 female workers who were paid daily wages of 40 cents each.  (Tin Kwong Po, 1934-7-3)

In 1949, Yue Ying had a new plant at 10 Whitfield Road in Causeway Bay and a Canton branch at 623 Road in Canton. Its management team comprised of Y.C. Kwan as chief manager, Y.P. Kwan as manager, W.K. Kwan as deputy chief manager and factory superintendent, S.P. Chinn as head of foreign trade, C.Y. Wu as chief technician and Mrs. Lew as forewoman. (Directory of HK, Macao and Canton, 1949)

In January 1959, Governor Black and the Director of Industry & Commerce visited Yue Ying’s plant at Whitfield Road the same day it visited the plastic giant Kader Industrial in North Point. The group did an hour-long factory tour of the various departments led by three members of the Kwan family – Y.P., Y.C. and Kai-yip. At the time, the plant occupied 33,000 sq ft and was equipped with the latest machinery and the firm employed 100 male workers (who were paid daily wages of $7-14) and 150 female workers (who were paid daily wages of $2.50). Half of the firm’s output was sold domestically while the other half were exported.  (WKYP, 1959-1-27) From vintage tin calendar and poster found online, Yue Ying’s clients included multinational brands such as the British tobacco manufacturer Rothmans (“Craven A” brand) and Coca Cola. 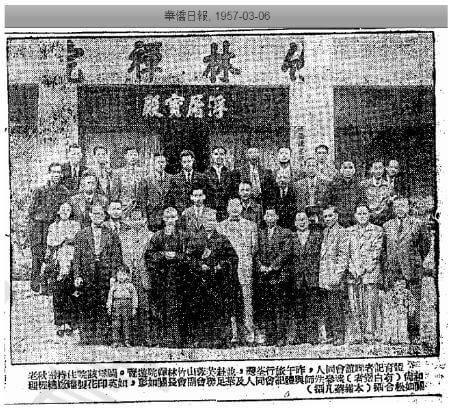 In May 1967, Y.C. Kwan died in his home at the age of 70. His funeral at the HK Funeral Parlor was well attended by business and community leaders including Kwok Chan, Q.W. Lee and Ho Sin-hang from Hang Seng Bank and afterwards the hearse passed by Yue Ying’s plant in Causeway Bay where the employees paid their respect. (KSDN, 1967-05-30) Y.C. was survived by his two wives, five sons (predeceased by one son Kai-sui) including Kwan Kai-yip (關啓業) who was working at Yue Ying and six daughters. (WKYP, 1967-5-28)

After Y.C.’s death, not much info is available about Yue Ying and Y.P. Kwan and his family remained in the can business with Asia Can Co. Ltd. (嘉齡印花鐵罐製廠), which was incorporated in 1971. Asia Can relocated its production to Shenzhen in the mid-1980s and was renamed “亞洲罐廠” in Chinese in 1994 to be consistent with its English name. The same year, substantial capital was injected and Asia Can bought a large parcel of land in Dongguan where it built a state-of-the art factory. Today, it focuses on manufacturing of food related tin cans, trays and metal wall plaques.

Sources (other those cited above):

This article was first posted on 9th March 2020.