The Kings of Industrial Buildings – the Chung brothers of E.Wah Aik San

While many of the larger firms profiled on this website had their own factory buildings, the majority of HK industries were comprised of smaller manufacturers who rented factory space in multi-story industrial buildings built by real estate developers, many of which were built between the 1950s to 1970s during the golden age of HK industrial development. Many of these buildings have been converted to commercial use or simply re-developed into residential or commercial complexes. Some of these developers which specialized in industrial buildings such as Kwok Tak-seng of SHK Properties, his partner Yeung Yiu-chung of Shun Cheong Group and Hui Hoi of Koon Wah Mirrors have been profiled in other articles on this website.

This article covers the Chung brothers – Cheung Kung-hai (鍾江海, 1916-2000) and his younger brother Chung Ming-fai (鍾明輝 , 1920-) who earned the title of “Kings of Industrial Buildings” as they developed a large number of industrial buildings in industrial districts such as Kwun Tong, Quarry Bay and Wong Chuk Hang (allegedly close to half of all industrial properties at one point).

The father of the brothers – Cheong Eak-chong (鍾奕莊, 1888-1984) was a native of Anxi (安溪) in Fukien province who moved to Singapore in 1921. (Note: members of the family have different English spelling of their last name ranging from Cheong, Cheung to Chung) Starting out as a goldsmith, Eak-chong built a fortune in the jewelry and banking businesses with branches in Amoy, Shanghai and HK by the 1940s. He also built a large family with three wives (all last name Lim) who gave him 28 children. The eldest, second and fourth sons – Kung-hai, Ming-fai and Chung Ching-man (鍾正文)are children by the first wife and were sent by their father to HK while the offspring of the second and third wives stayed with Eak-chong in Singapore where he established the real estate firm Hong Fok Corporation. In Hong Kong, the Chung brothers built their real estate empire: Kung-hai formed E. Wah Realty (怡華置業)while Ming-fai formed Aik San Realty (益新置業) – both firms were incorporated in 1962 and were jointly known as E.Wah Aik San (怡華益新).

In the 1960s, the Chung brothers were also involved in two landmark projects, one of which was Star House on the waterfront in Tsim Sha Tsui which they developed jointly with Henry Fok and Stanley Ho. But it was the other project in nearby Nathan Road – the President Hotel, which opened in January 1964 that the family was best known for. In 1969, the hotel became the first Hyatt hotel outside of the United States after the Chung brothers awarded the American hotel group the management of the hotel while retaining ownership. They also listed the hotel as Associated Hotels Ltd on the local stock exchange the same year with HSBC and Kidder Peabody as underwriters. During the stock market boom of the early 1970s, the Chung brothers listed several more property companies on the local exchanges – Kung-hai with his Wah Ha Realty (華廈置業, incorporated in 1961) and E. Tung Properties (怡東地產, privatized in 1990) and Ming-fai with his Melbourne Enterprises (萬邦投資, incorporated in 1967), best known for its long-term holdings Melbourne Plaza and Kimley Commercial Building in Central. The Chung brothers became very aggressive in the late 1970s and early 1980s, often seen together at auction bidding up sites, with high profile projects such as Causeway Centre in Wanchai waterfront in 1979, Dominion Centre in Wanchai in 1979, Wing On Plaza in TST East in 1981, Far East Finance Centre in Admiralty (famous for its golden windows) in 1982, Regent Centre in Central in 1983, Regent on the Park on Kennedy Road in 1985 and a massive multi-billion dollar project which eventually became Redhill Peninsula. (A number of these projects were in partnership with Sino Group, the fellow Singaporean Chinese developer) But when the confidence crisis hit in 1982, property values dropped 40% and the overleveraged Chung brothers were saddled with over HK$3.5 billion in debt. EDA Group, which was controlled by fourth brother Chung Ching-man, went down with his former employee and business partner George Tan’s Carrian Group and Ching-man himself skipped town and was never heard from again. By selling off lnumerous assets, Kung-hai and Ming-fai managed to stay afloat but in a dramatic coup, they were ousted from Associated Hotel by their half-brother Cheong Hooi-hong (鍾輝煌) from Singapore who acquired majority control of the firm and replaced Kung-hai as chairman.

In the 1990s, Cheung Kung-hai remained active in the real estate market but at a more conservative pace – developing industrial properties in the New Territories (such as the Festigood Centre in Fanling) and Shau Kei Wan (in 2014 one of these properties Eastwood Centre was sold to HK Sanatorium for $1.3 billion) and residential properties in the South side. In 2000, Kung-hai died at the age of 84 and was succeeded by his sons Cheung Kee-wee (鍾棋偉), Cheung Lin-wee (鍾仁偉) and Eric Cheung Ying-wai (鍾英偉). A series of family feud and lawsuits kept the family in the headlines. As for Chung Ming-fai, he moved to Taiwan for a while but returned in the early 1990s and continues to serve on the board of Melbourne Enterprise to this day well into his 90s.

HF: The following four images were added to this article on 19th April 2019 after being sent in by York Lo: 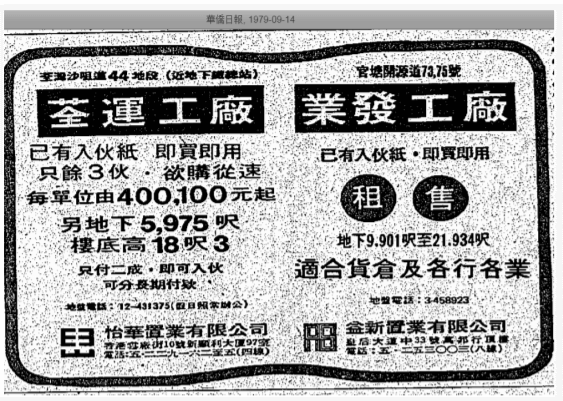 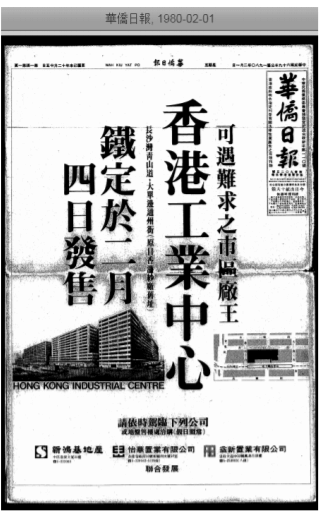 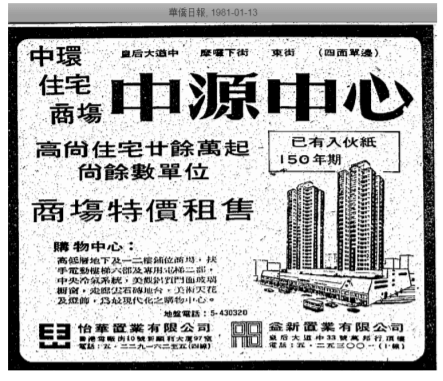 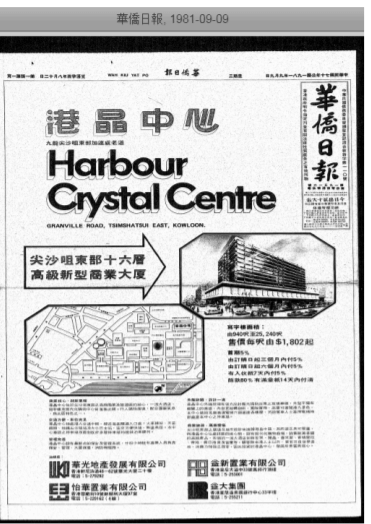 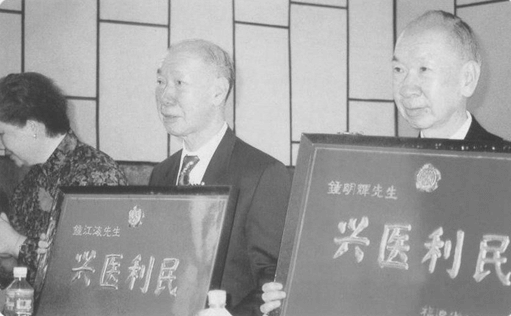 Cheung Kung-hai (left) and Chung Ming-fai (right) honored by the Fujian provincial government for their donations to the county hospital in their native Anxi named after their father in 1995.

This article was first posted on 11th December 2017.