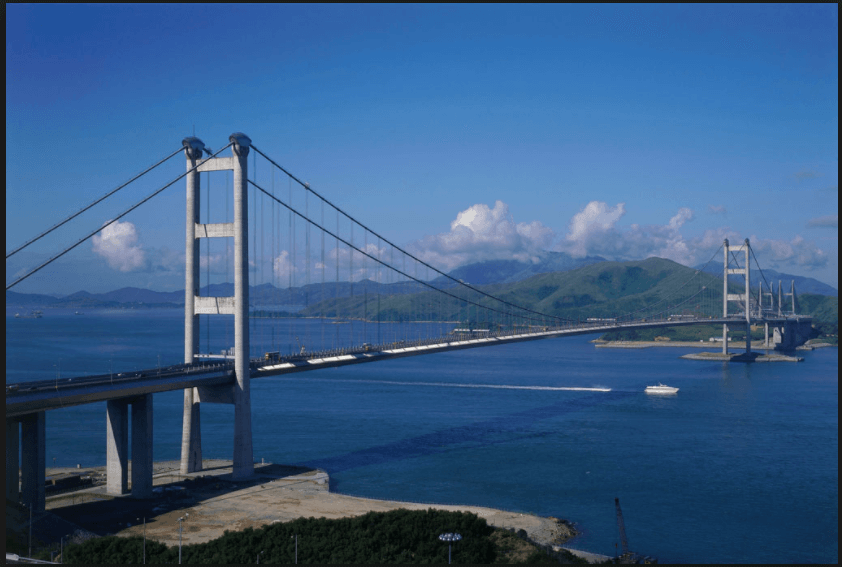 The Tsing Ma bridge in Hong Kong is the world’s 11th-longest span suspension bridge, and was the second longest at time of completion.[3] The bridge was named after two of the islands at its ends, namely Tsing Yi and Ma Wan. It has two decks and carries both road and rail traffic, which also makes it the largest suspension bridge of this type. The bridge has a main span of 1,377 metres (4,518 ft) and a height of 206 metres (676 ft). The span is the longest of all bridges in the world carrying rail traffic. 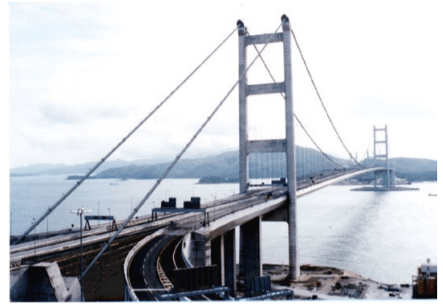 Details of the construction of the bridge can be found in the brief Highways Department report  and a City University article, the latter containing several photos of the bridge during its construction. Both are linked below.