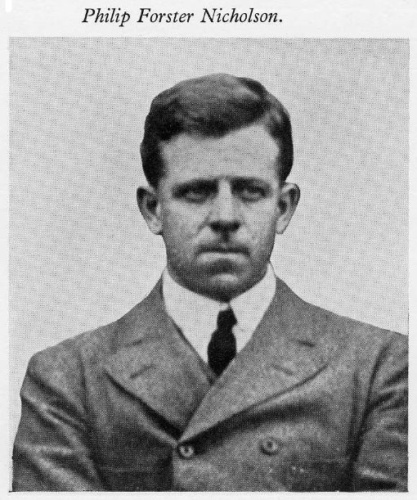 IDJ has sent a series of articles about managers at Taikoo Dockyard: The first manager, appointed in 1907, was Philip Forster Nicholson, who was born at West Bolden near Sunderland in 1872, his father being a North East Coast shipowner.

From 1907 to 1910, as the first Manager of Taikoo Dockyard, there fell to him the task of laying the foundations of the new Company’s organisation, building up a staff and labour force, laying out plant, machinery and equipment and establishing its connections with the shipping community it was to serve.

One who remembers him at that time writes “He was good at his profession and a man of the highest character – I held him, as did alll the staff, in the highesr respect.”