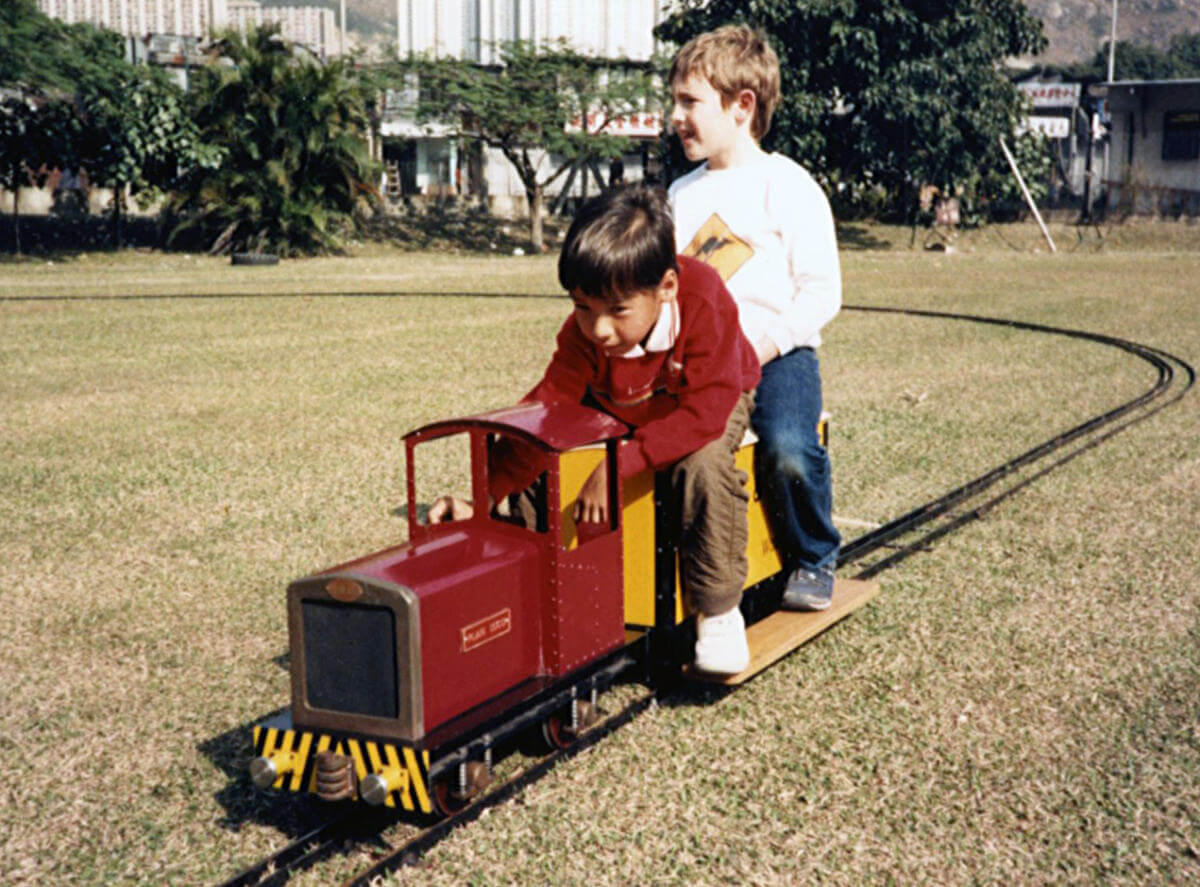 Regular meetings evolved that were later based at the United Services Recreation Club (USRC) in Kowloon. Discussions centred around members current and future projects, home machining/manufacturing problems, and the sourcing of materials in Hong Kong. ‘Experts?’ on relevant subjects occasionally took to the floor for informal lectures, some visiting from overseas. 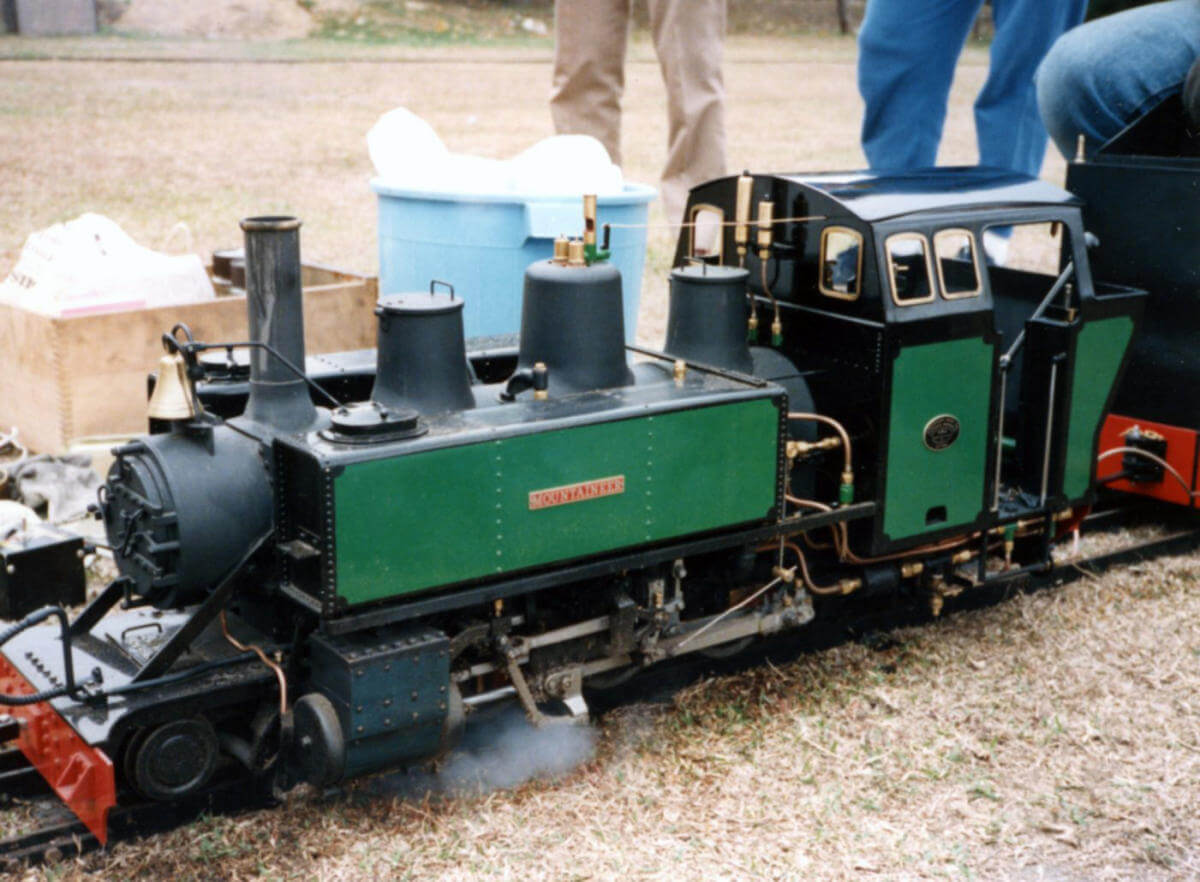 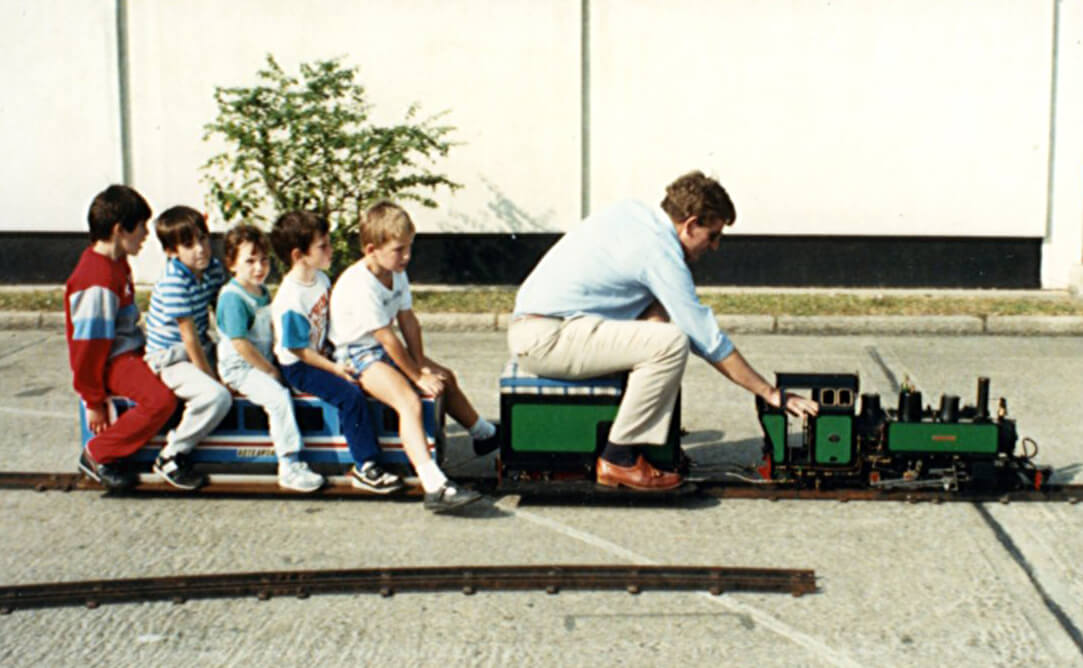 Plus there was the normal socialising with people having similar interests all making for enjoyable meetings. A few members were engineers by profession, but most were from all walks of life. 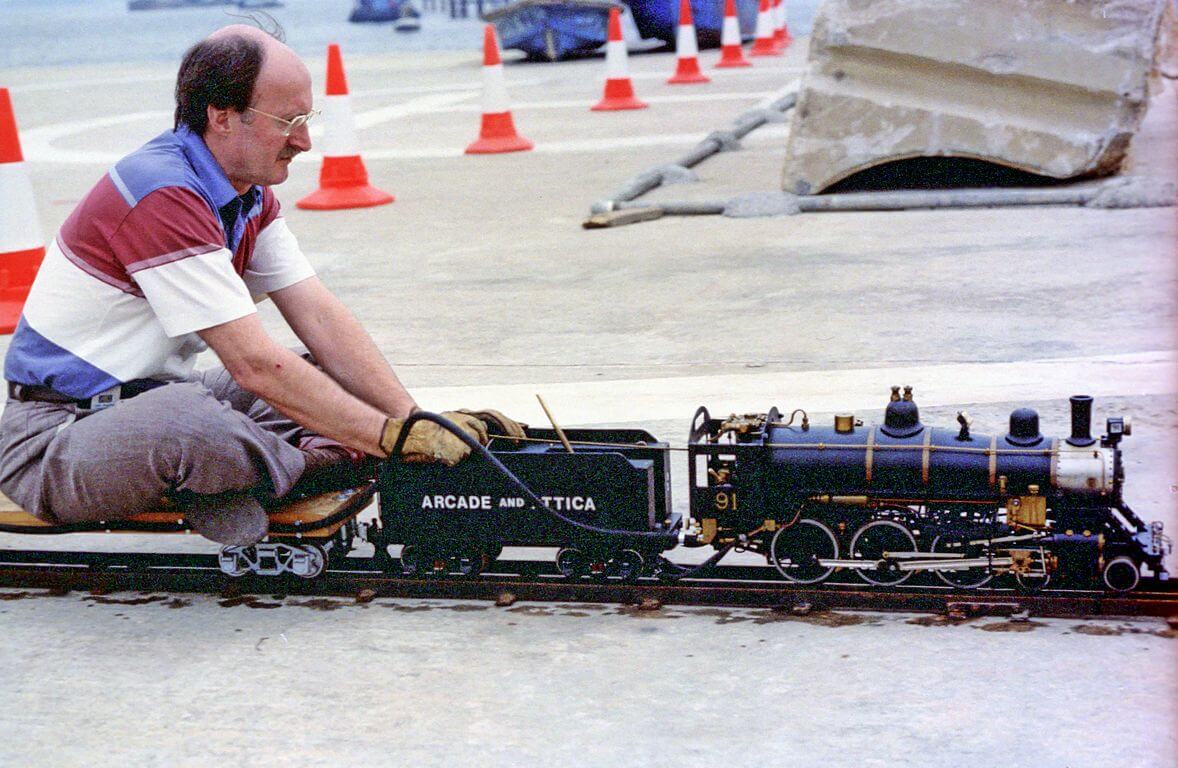 An American locomotive at Shatin Marine Police Base

The society thrived with its transient mainly expat membership until the middle of the 1990s. By then it was becoming apparent that many members were drifting away from Hong Kong due to job relocations, expiry of employment contracts and retirements etc. With no new members coming in, the HKSMEE was formally wound up by the remaining few in mid-1996. 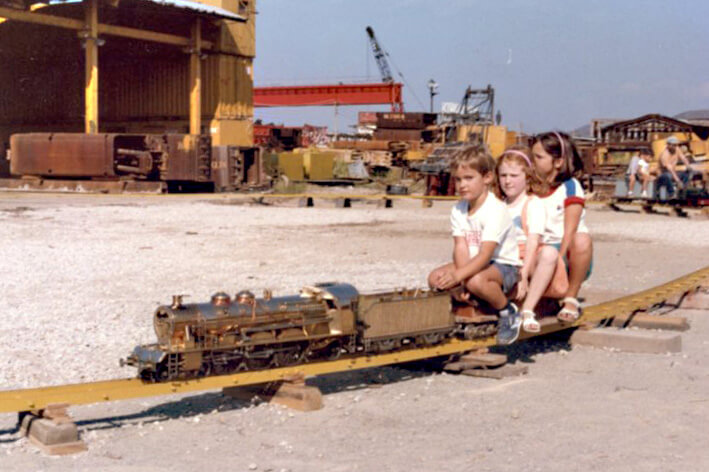 A French Pacific steam locomotive at a NT construction site