HF:  I  was told many years ago that Hong Kong had the most ferry routes of any city in the world. And that Sydney was second and Seattle third. If that was true back in the 1980s it may not be so in 2014. During this period I have seen several routes vanish, including Jordan Road to Central, a wonderful way to approach HK island at night. Central to Tuen Mun – by hovercraft! And my favourite, Central to Tai O which seemed to take forever, was delightful and included if I remember correctly a pause at Chek Lap Kok island before the airport.

Which ferry route will be next to close? The Sai Wan Ho to Kwun Tong and Sai Wan Ho to Sam Ka Tsuen (better known as Lei Yue Mun) routes must be high on the list. The ferries never seem to have had more than a dozen, mainly elderly passengers in all the years I have taken them and the numbers seem to be declining.

On the 25th September 2014 I took the ferry from Sai Wan Ho to Kwun Tong, walked from there passing through the industrial area of Yau Tong and caught the Sam Ka Tsuen ferry back to Sai Wan Ho. I am not a photographer but I’d borrowed my wife’s camera, and took pictures of the piers, ferries, crew and passengers…of the slow boats… a tribute to Flanders and Swann’s, On the Slow Train. 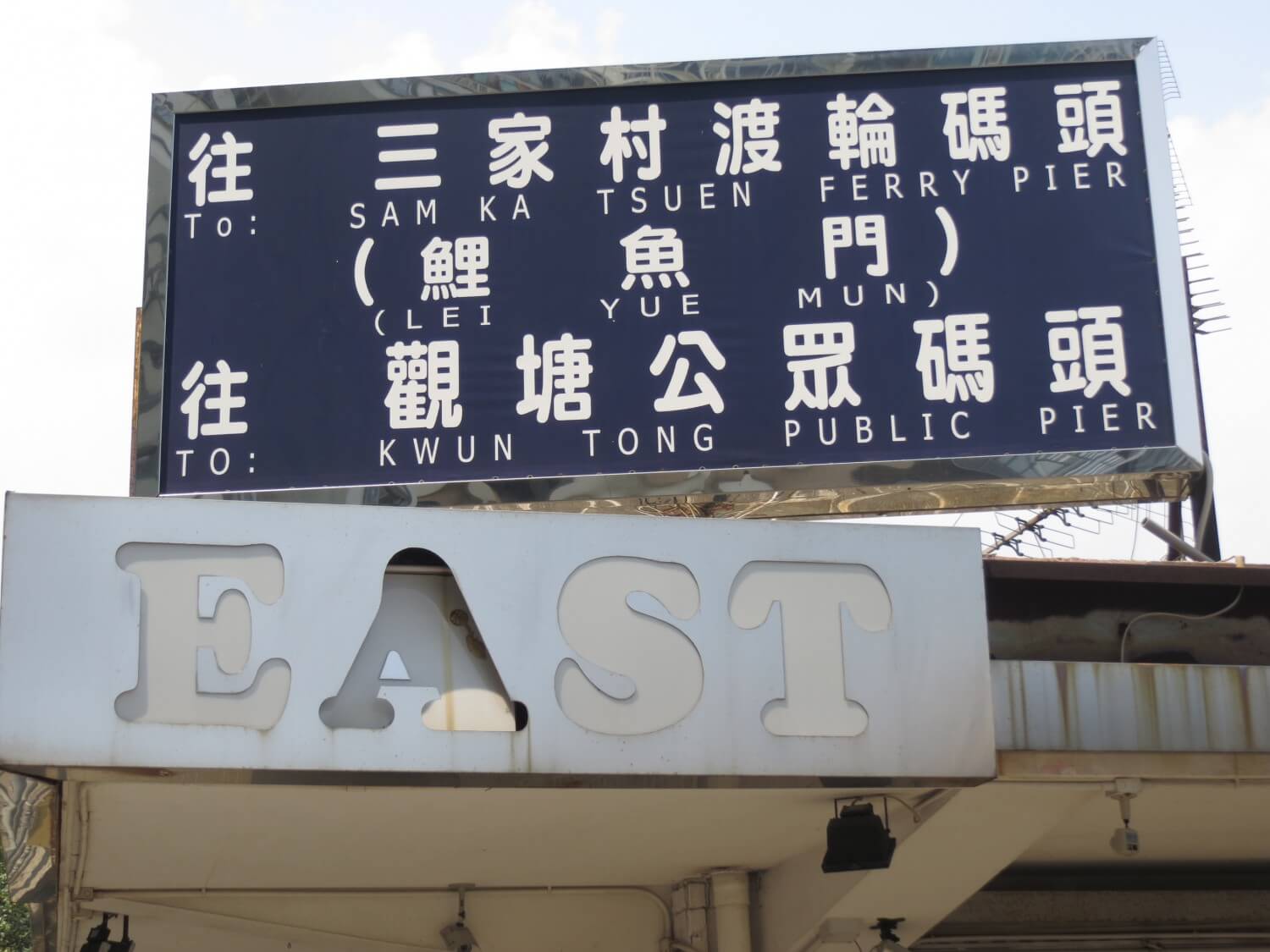 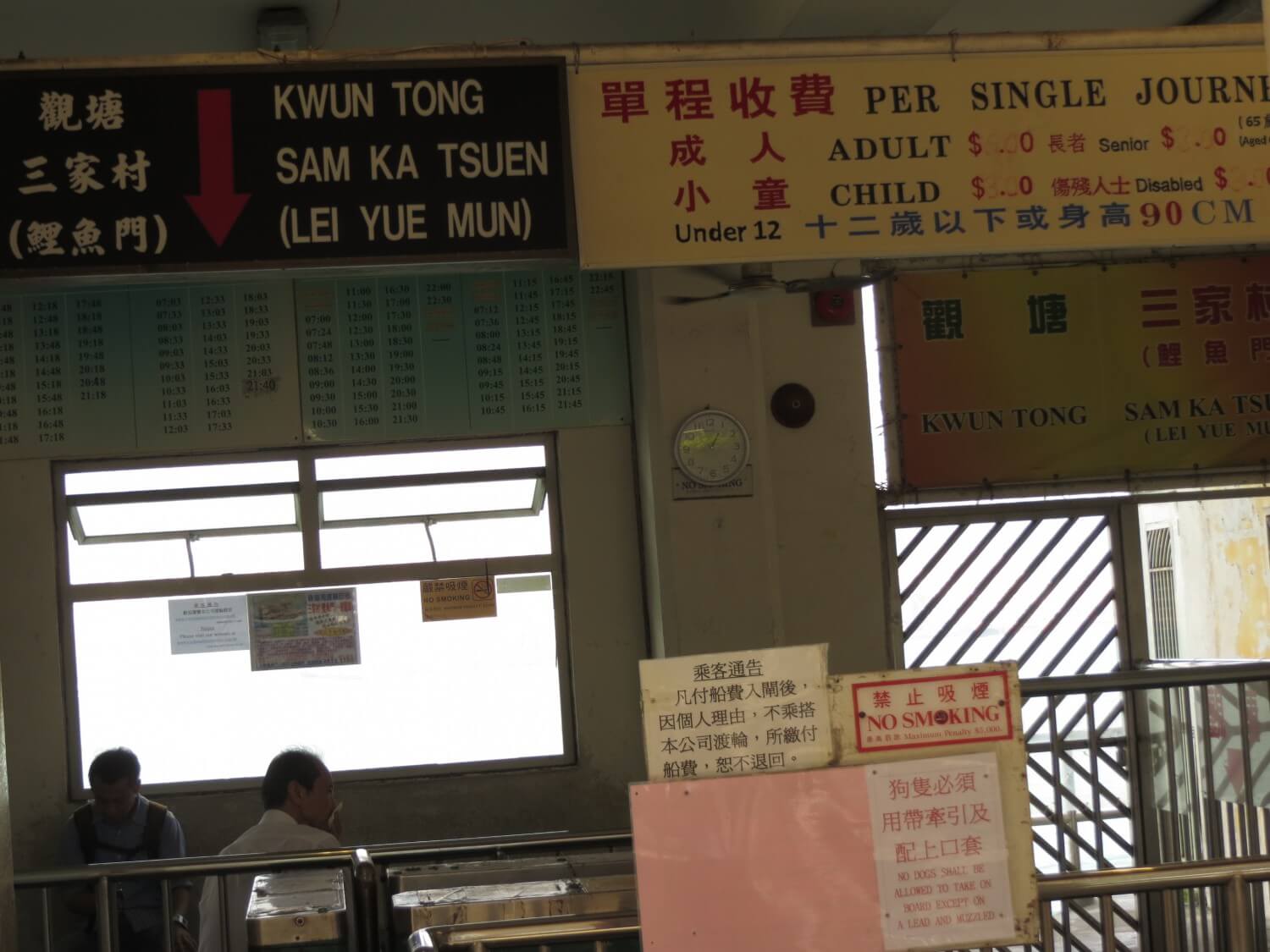 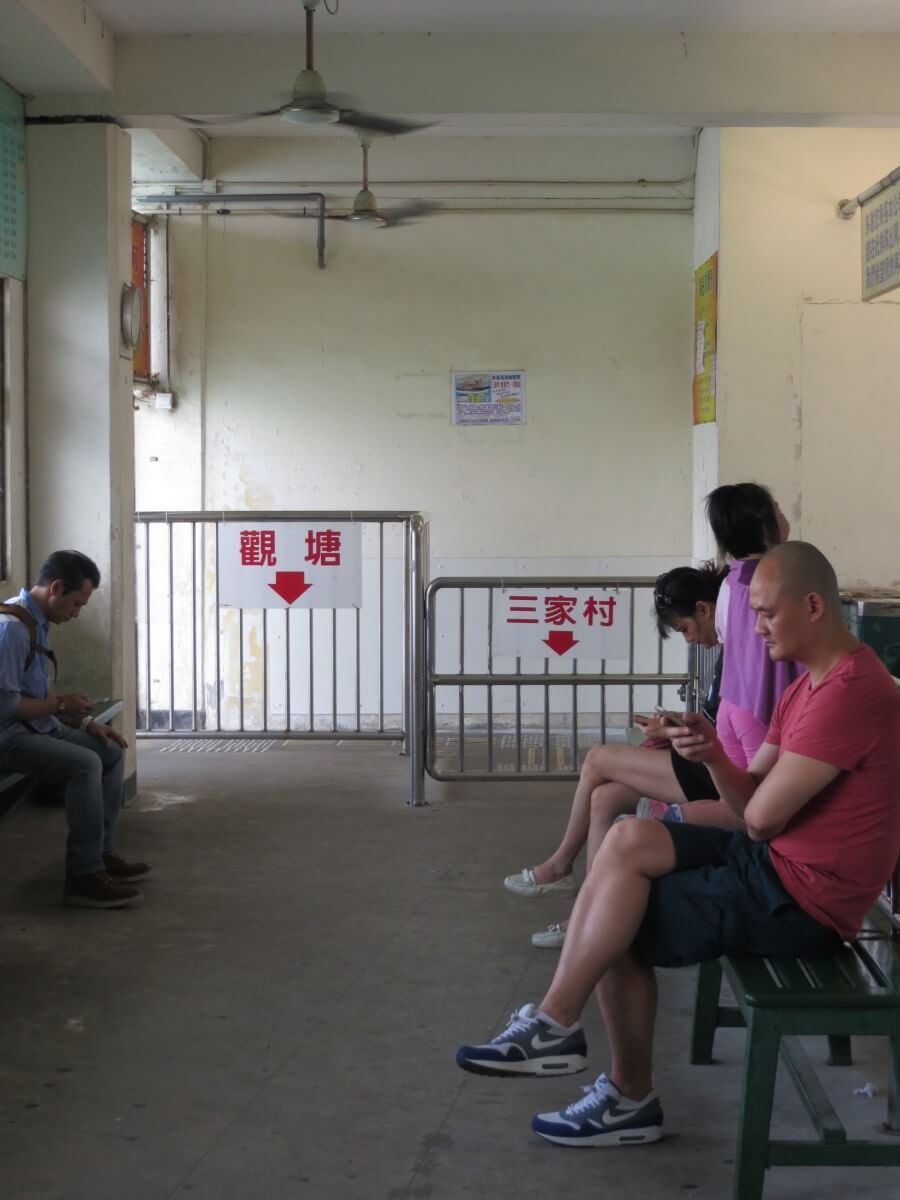 The first photo shows Sai Wan Ho pier. It’s the single storey building to the left of the sea wall. The large pier on the left is Marine Police Harbour Division HQ. 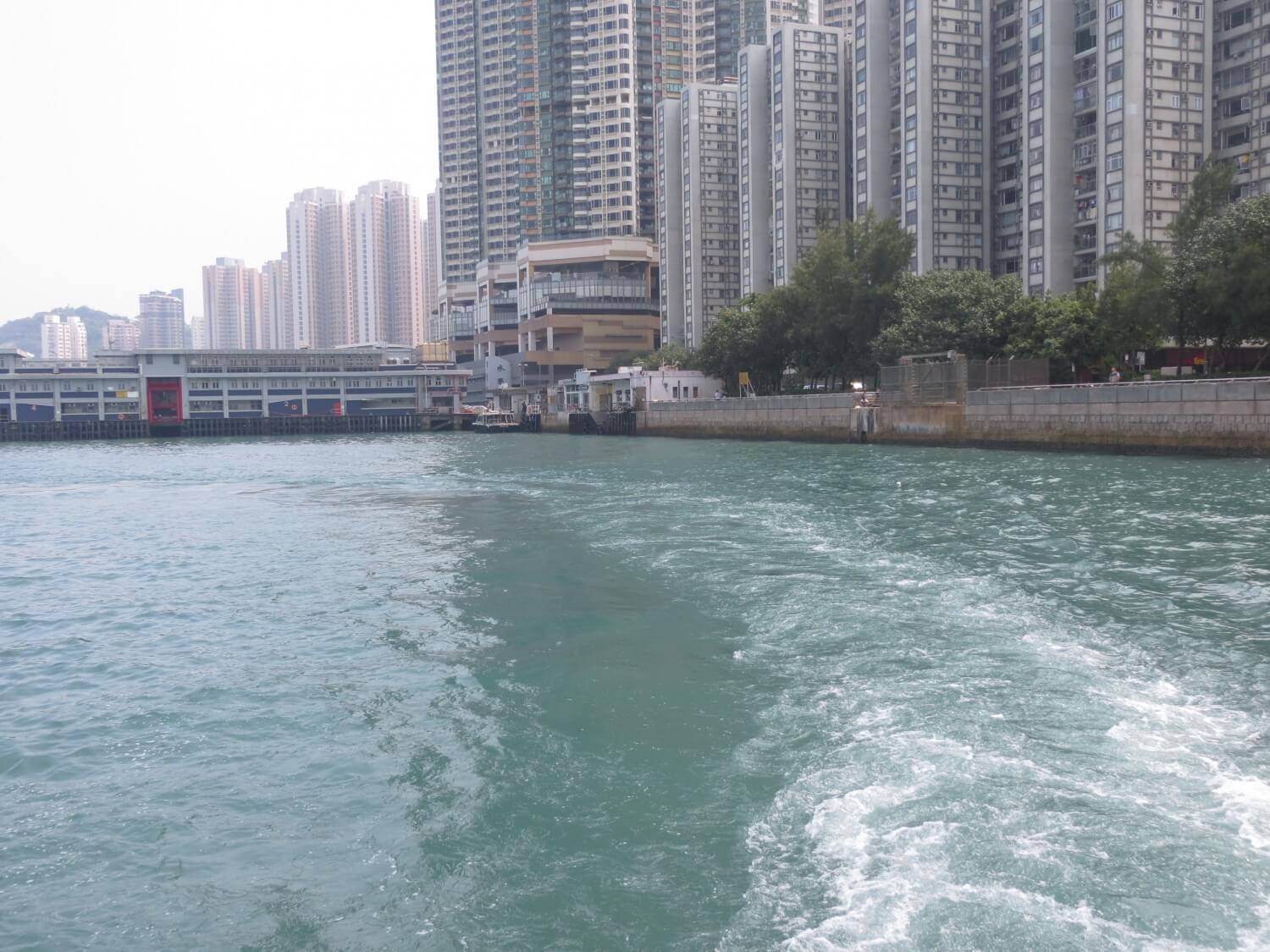 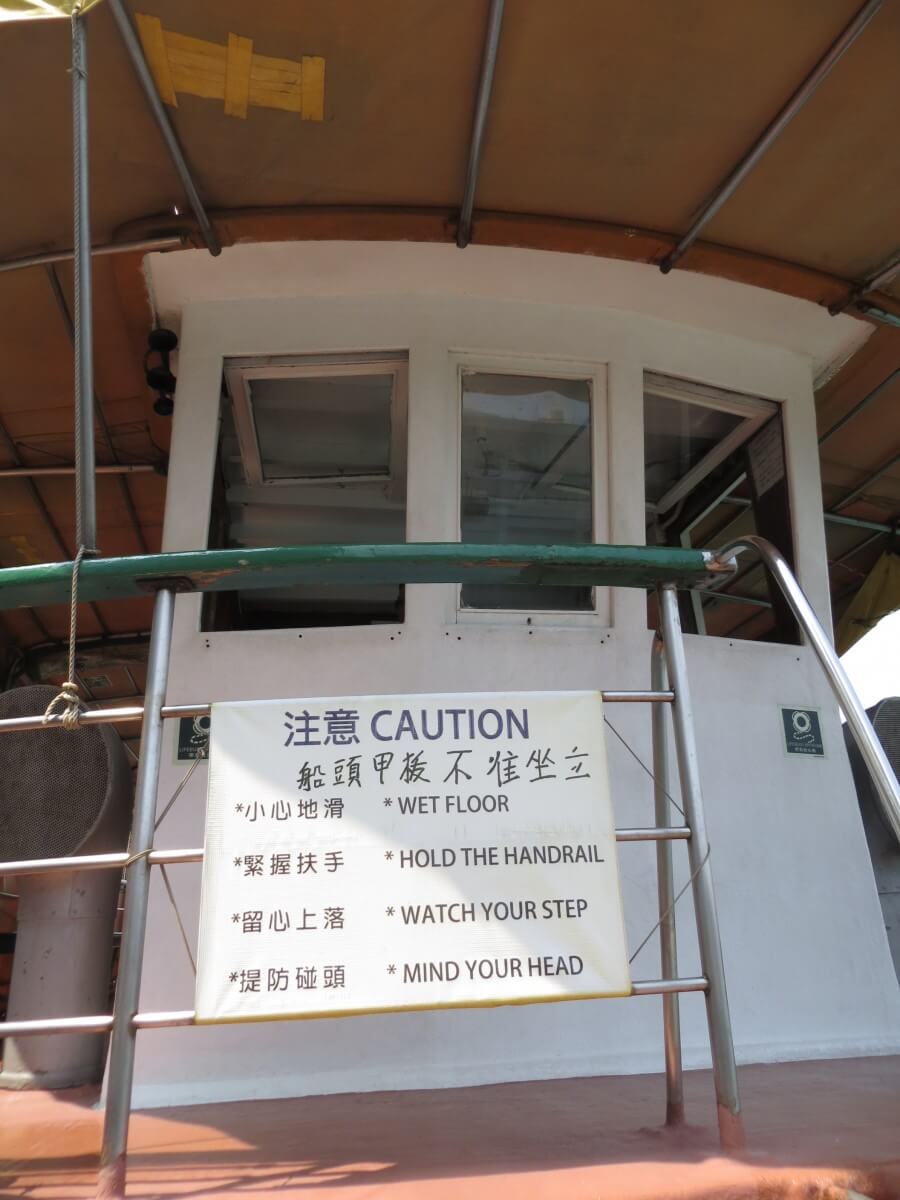 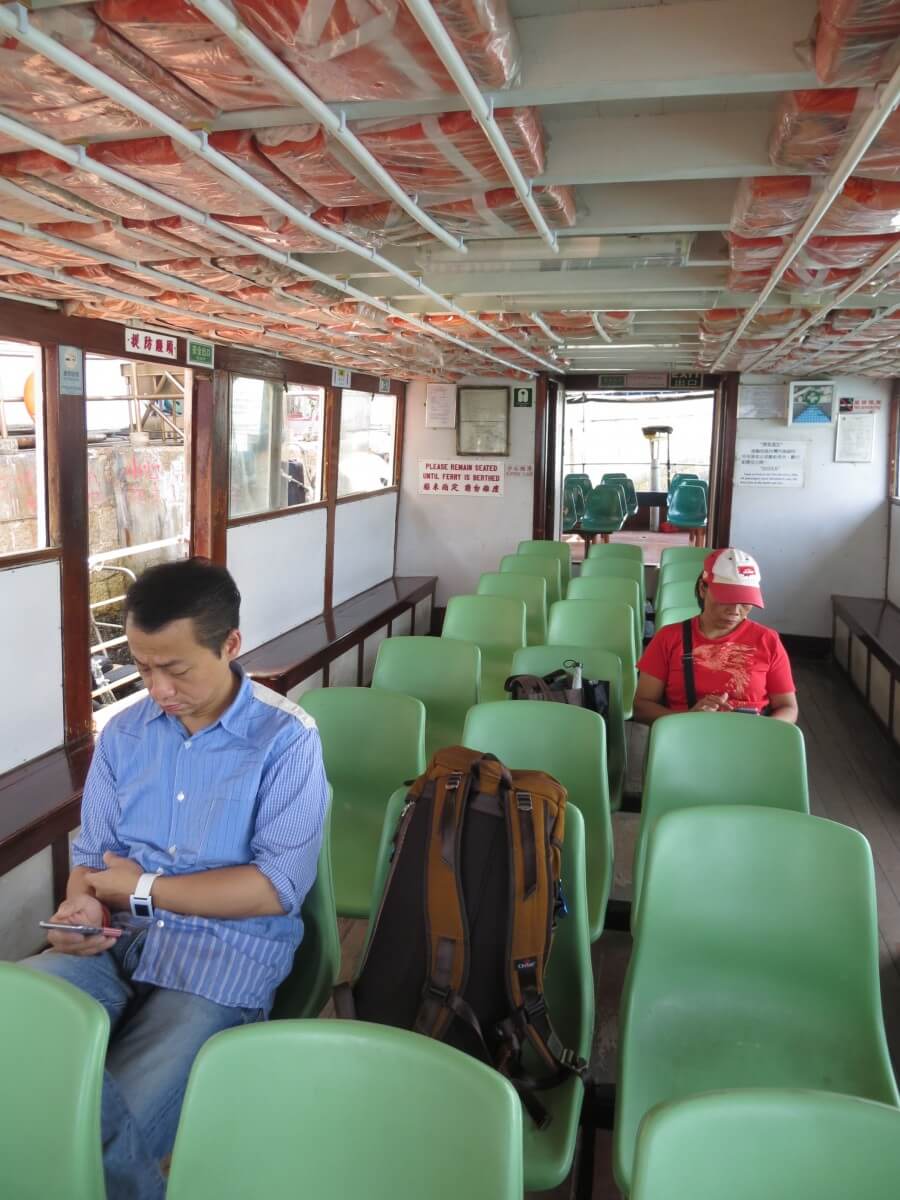 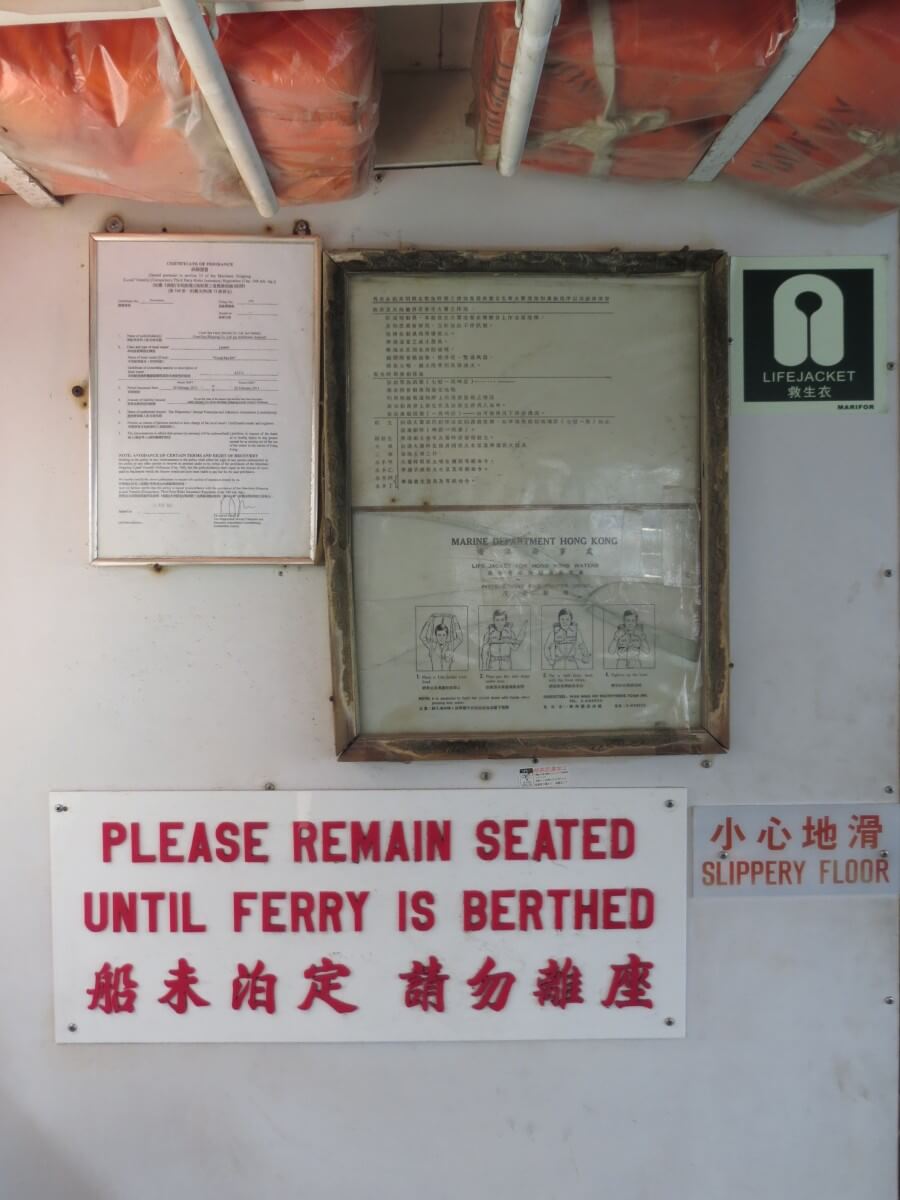 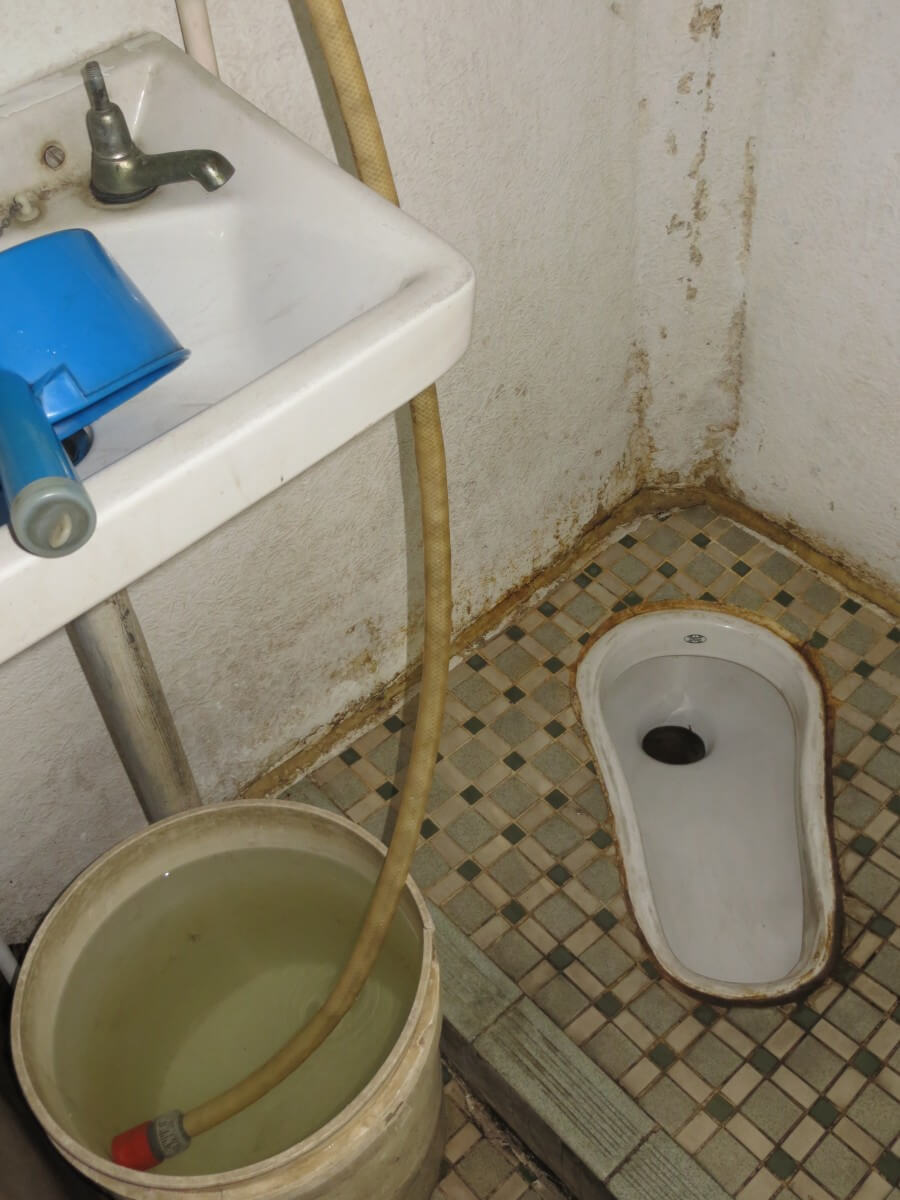 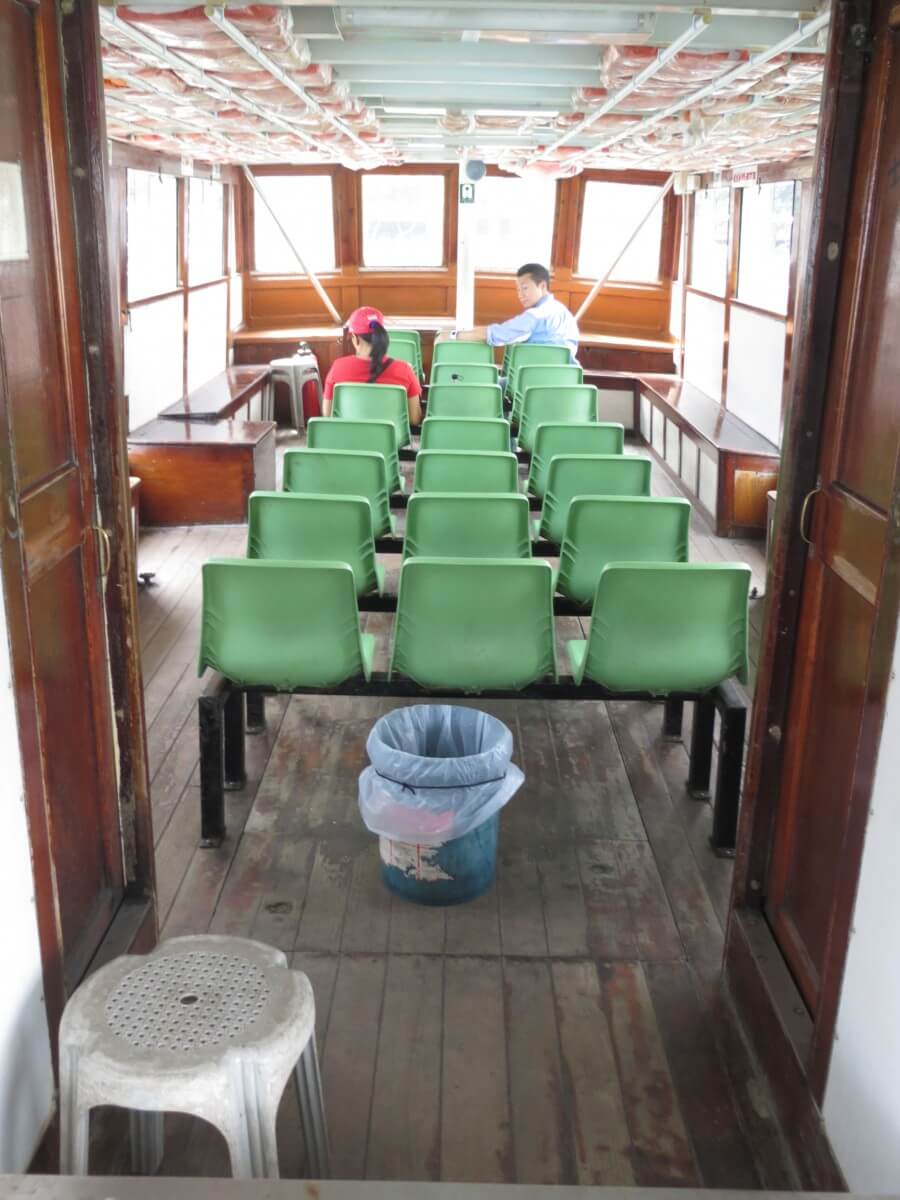 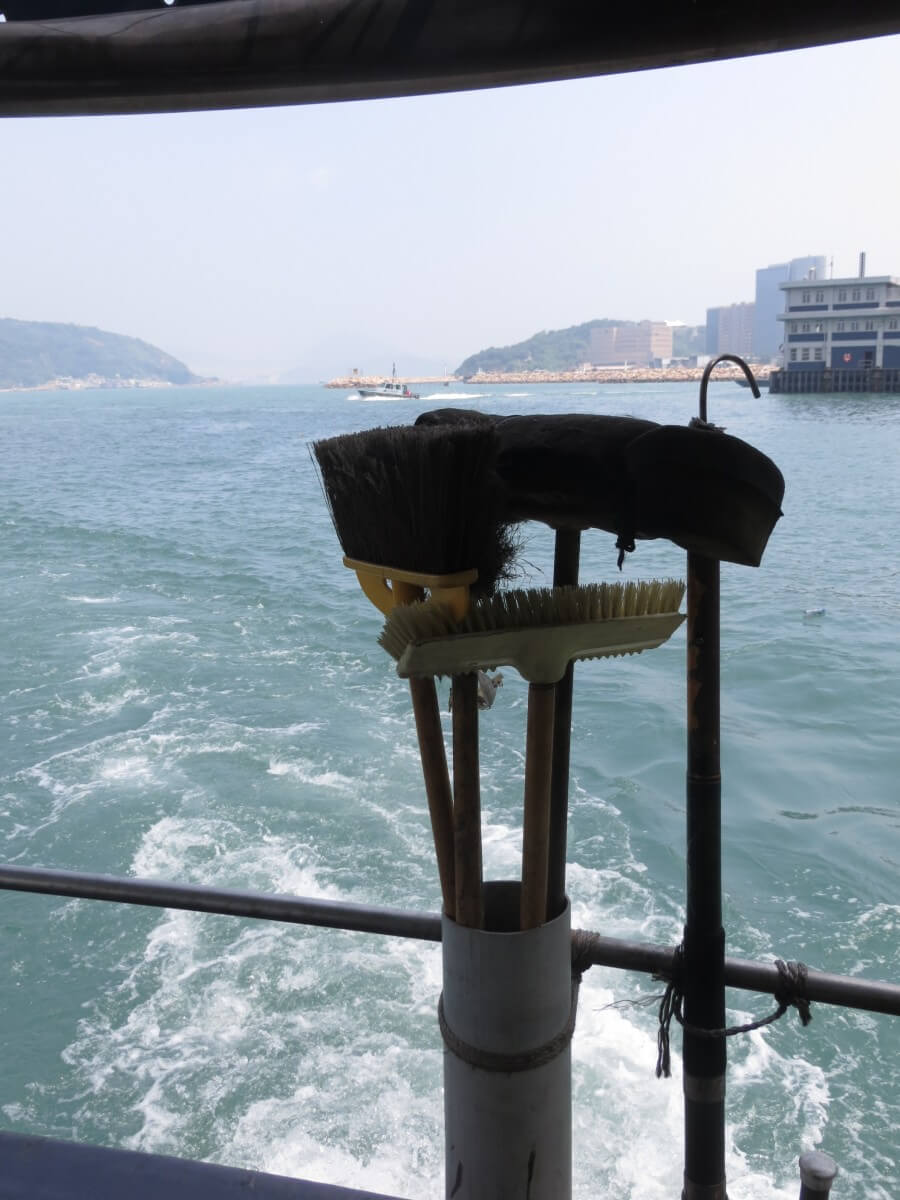 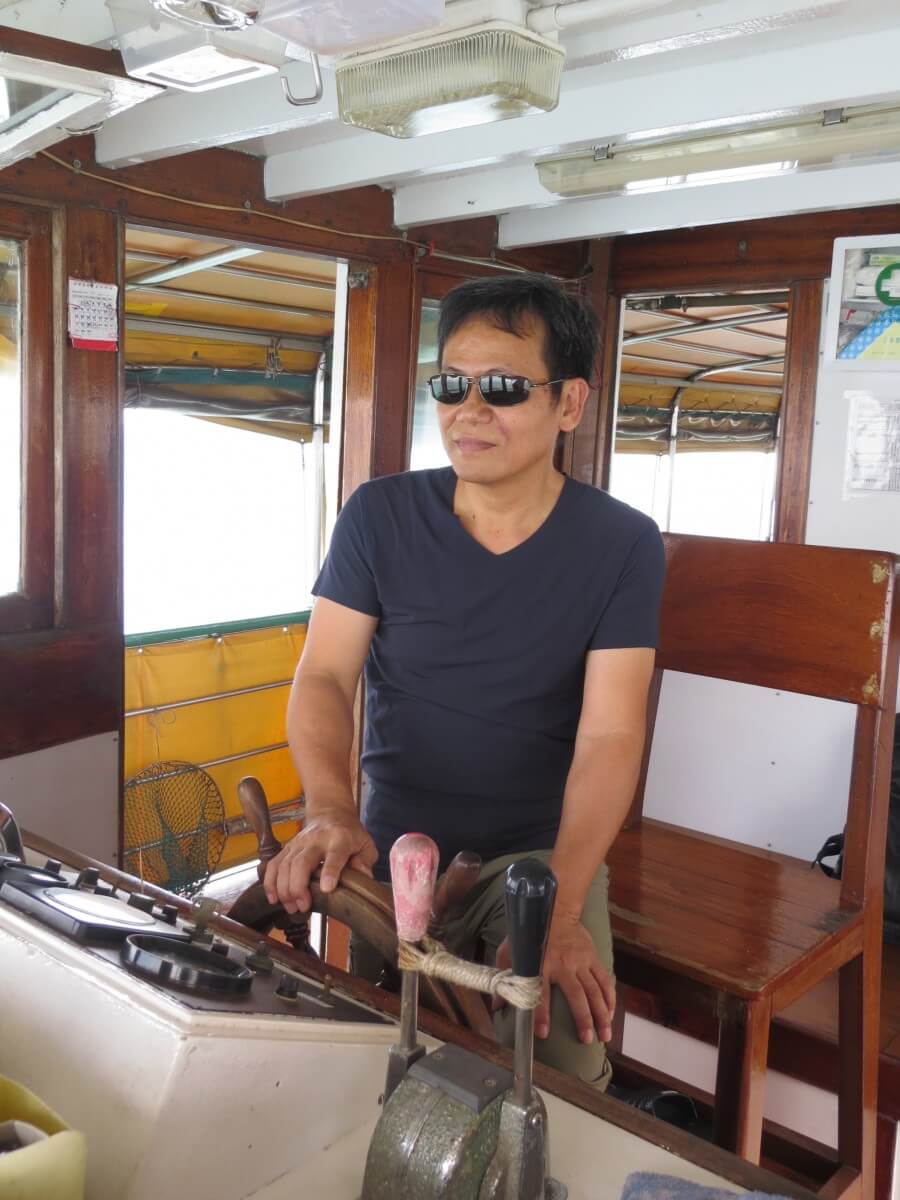 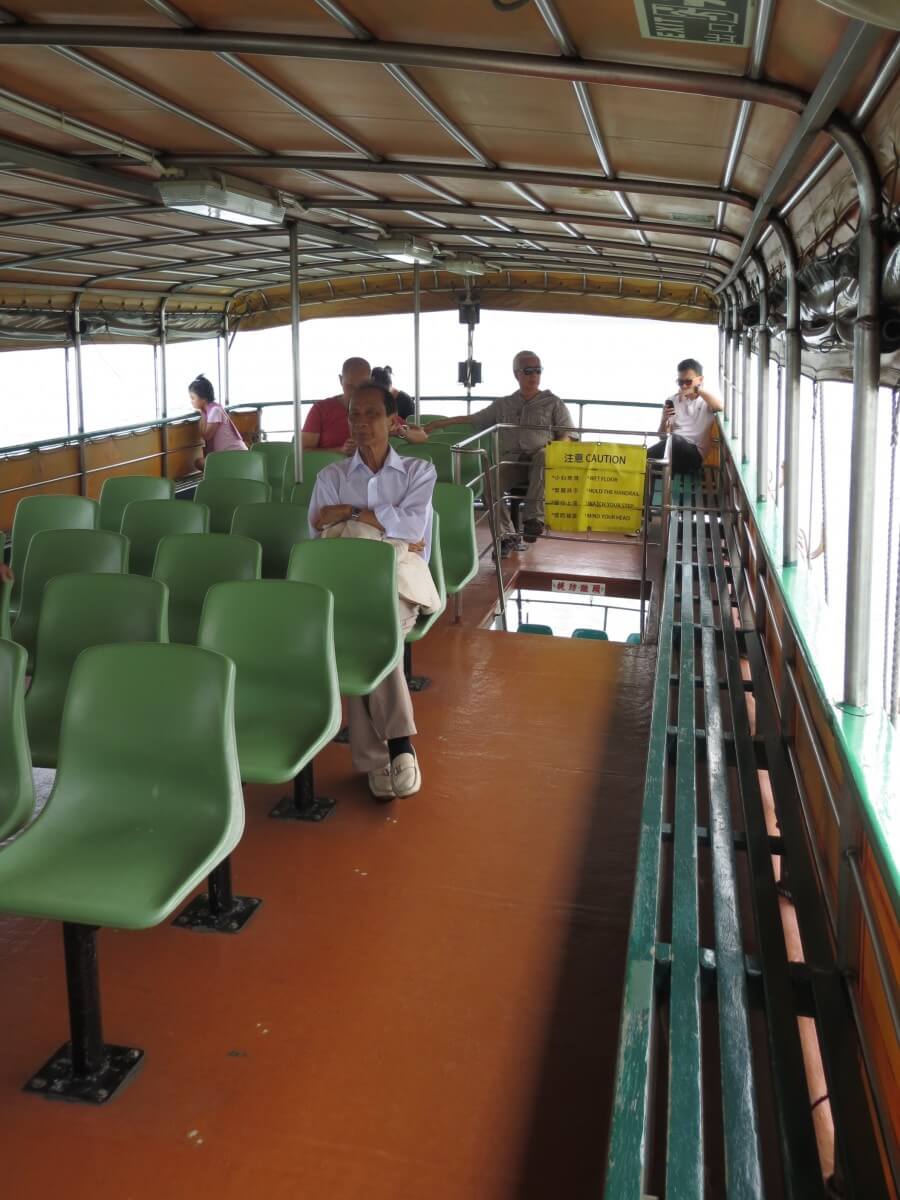 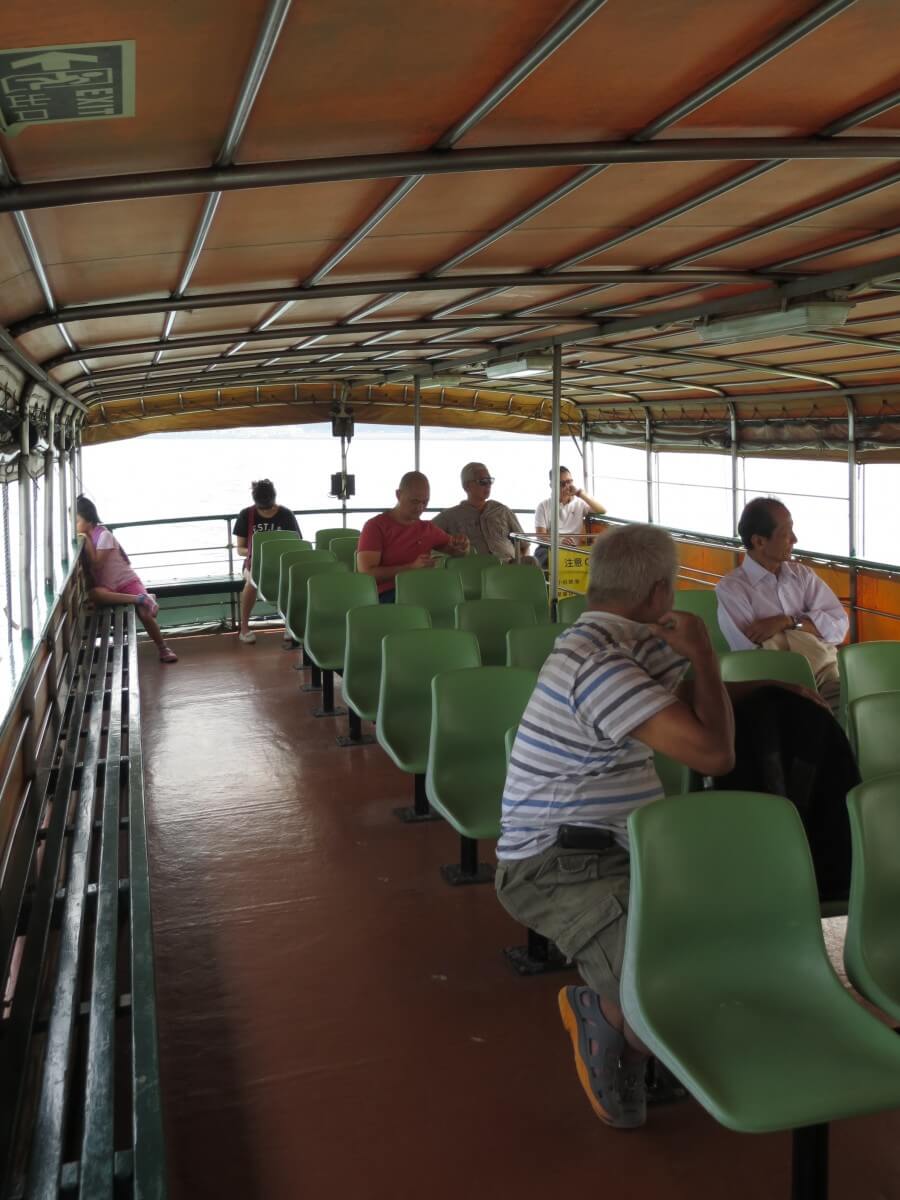 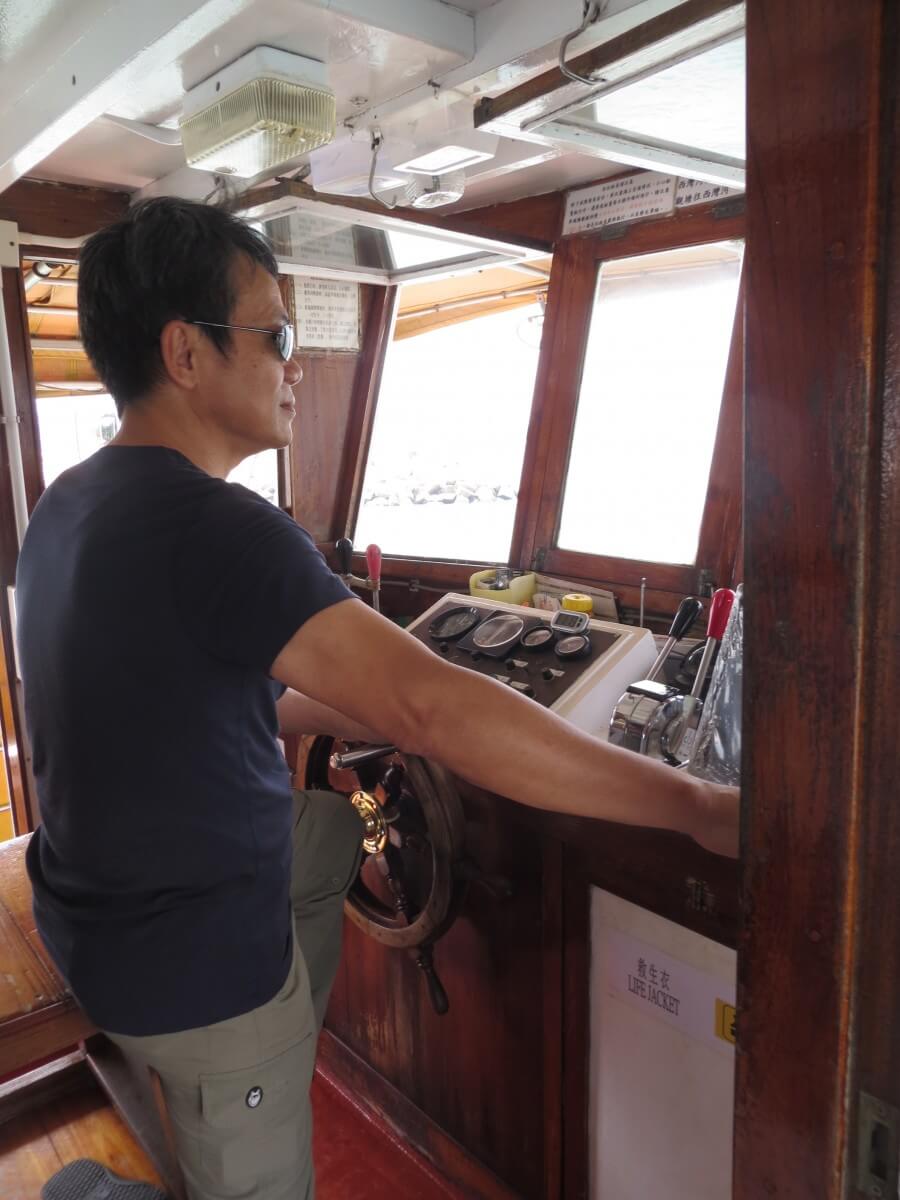 It is difficult to take a photo of ferries at Sai Wan Ho pier. It’s not a pier that juts out to sea, the building is very small and the boat docks behind a wall. This is Sea Coral 8 on arrival at Kwun Tong pier. 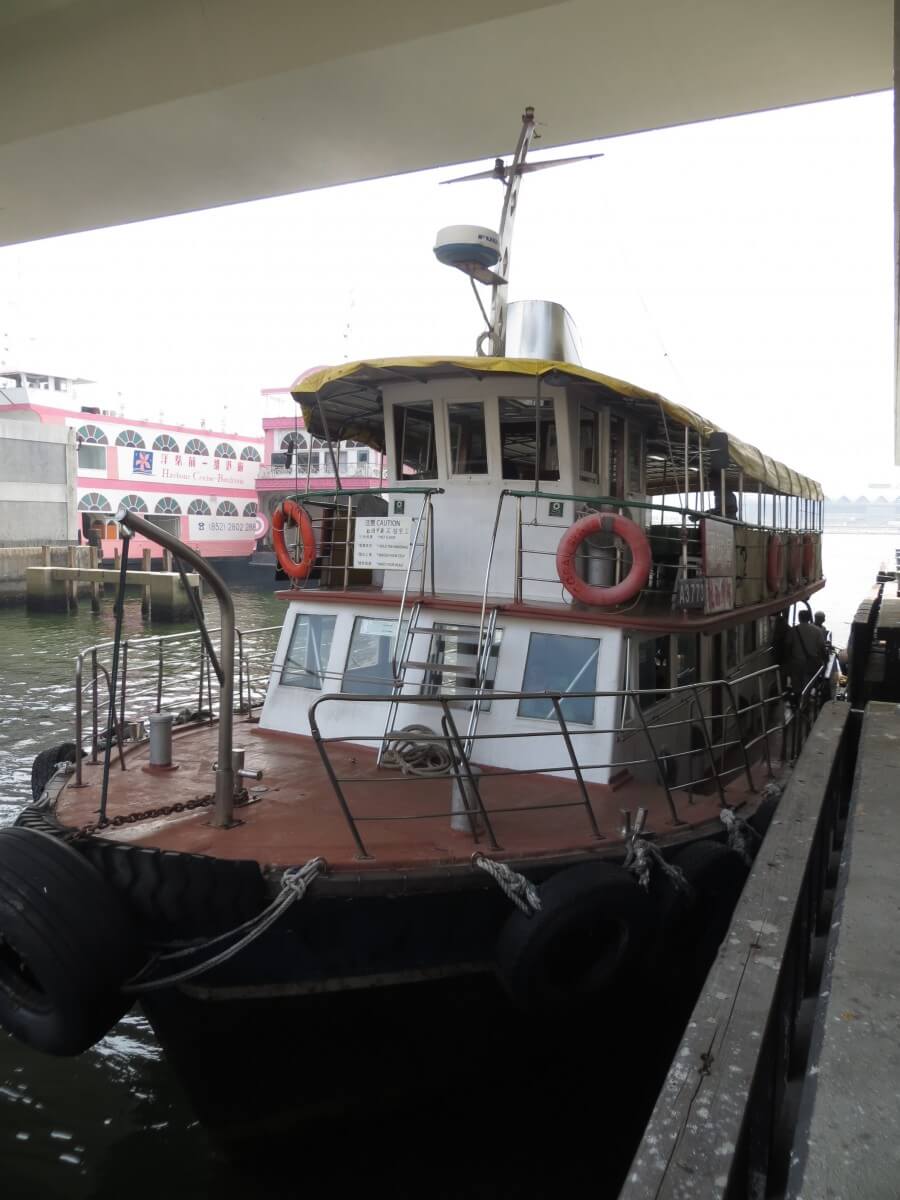 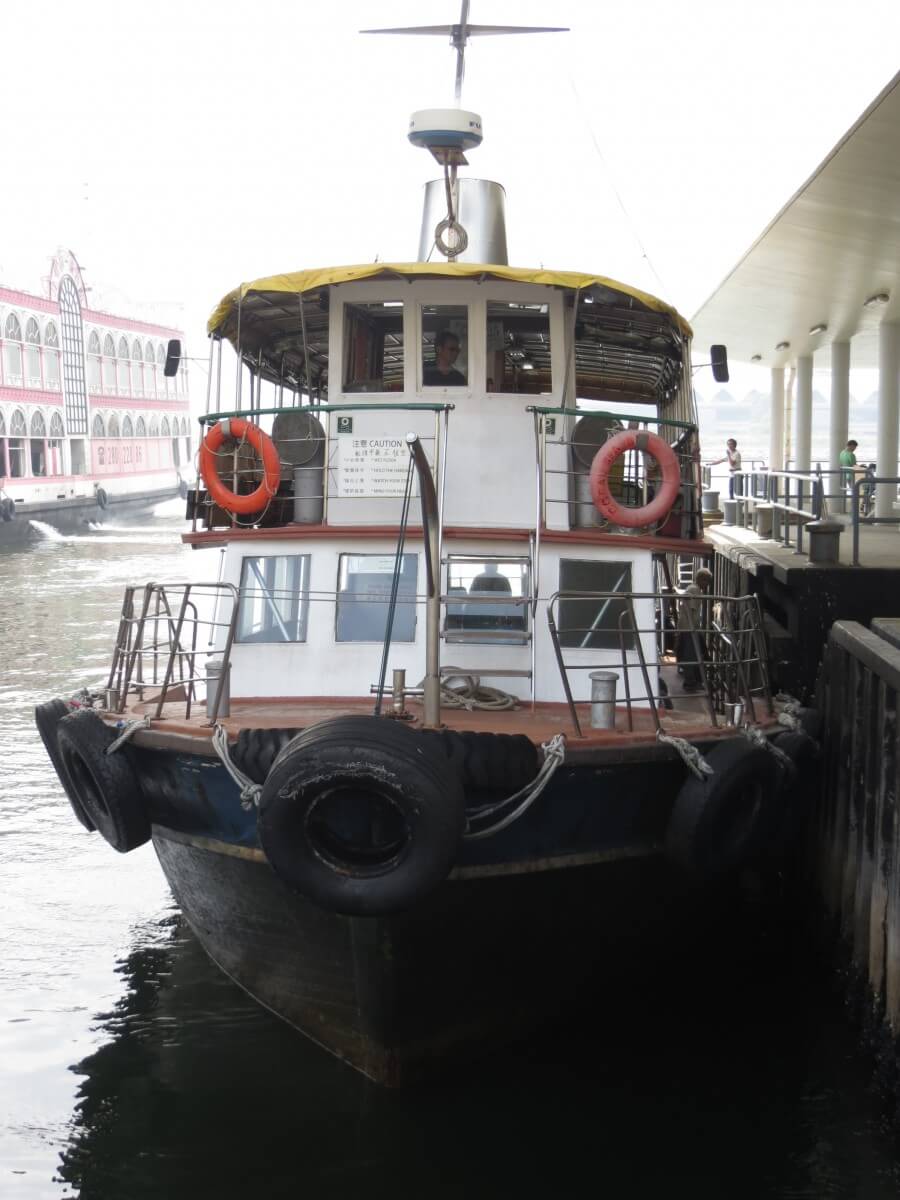 Finally, the garish pink ships moored in the background are, I think, ex- Jordan Road ferries that are now used for harbour tours. Jordan Road ferry pier operated from 1924 to 1998 and was the last vehicular ferry connecting Hong Island and Kowloon. 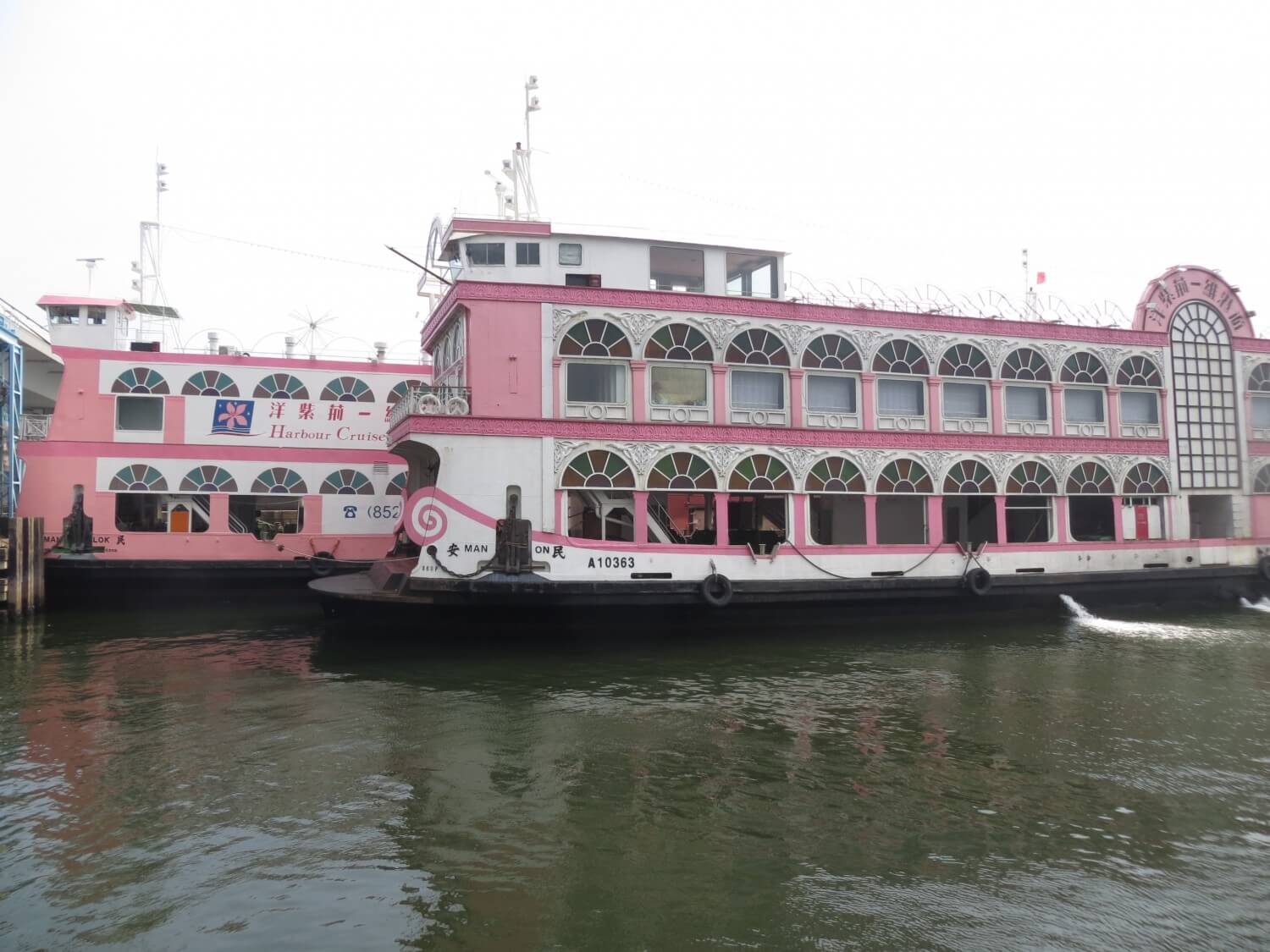 This article was first posted on 5th October 2014.