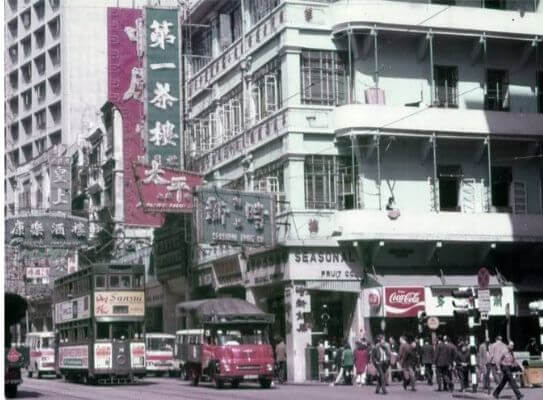 From the 1950s to 1970s, Seasonal Fruit Company was a leading importer and retailer of fresh fruit in Hong Kong and its advertisements could often be found in newspapers from that era. 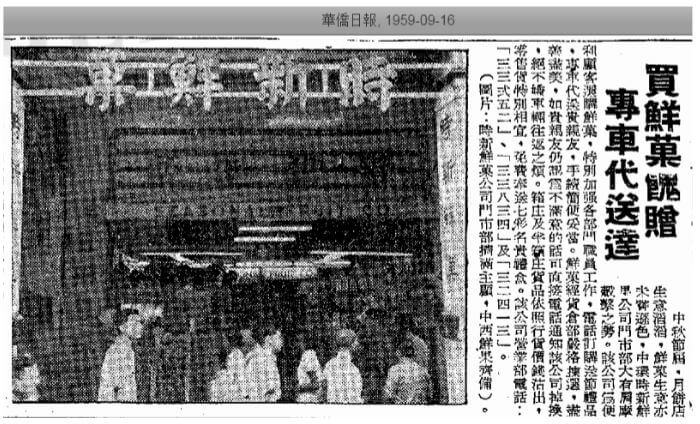 The firm was led by managing director Chan Sheung-tat (陳上達) and manager Leung Chak-him (梁澤謙) and was likely founded in the 1950s although the precise date is to be determined. The original store was located at 46 Des Voeux Road Central and by the late 1950s, it was offering delivery service for gift baskets and had a juice department selling freshly squeezed juices (WKYP, 1959-11-26)

The company was known for importing high quality fruit produce from across the globe from the US to Singapore to South Africa and was a major distributor of Sunkist oranges. Aside from being a preferred provider of fruit baskets used by local affluent families as gifts, the firm was also popular with visiting tourists as shown by the pictures and articles below: 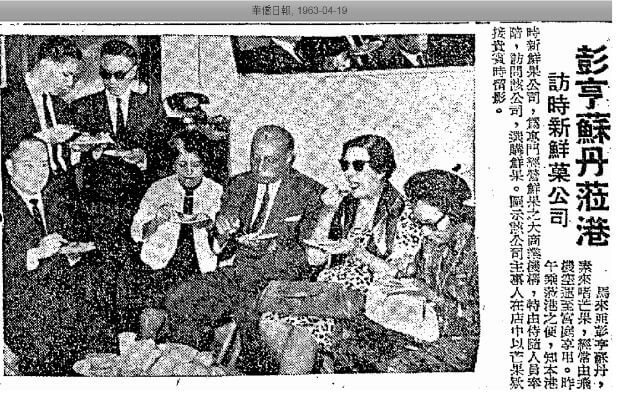 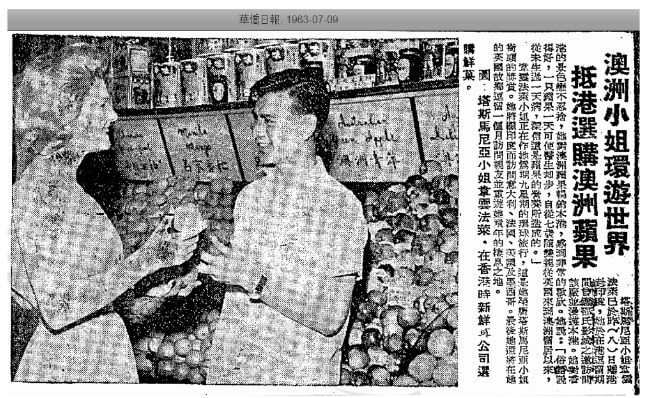 In October 1964, Seasonal expanded its footprint to Kowloon and opened its Kowloon branch in Mongkok on the ground and first floor of 679 Nathan Road next to the Hang Seng Bank Mongkok Building  at 677 Nathan Road and across from Shui Hing department store and Shanghai Commercial Bank. By that time, the Central store had relocated to 99 Des Voeux Road Central. (WKYP, 1964-10-2) 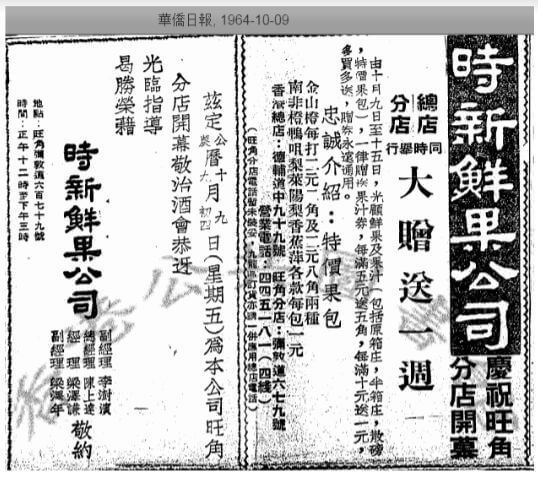 Ads for the launch of Seasonal’s Mongkok branch – the ad on the left was for the cocktail reception while the ad on the right promotes the opening week sale (WKYP, 1964-10-9) 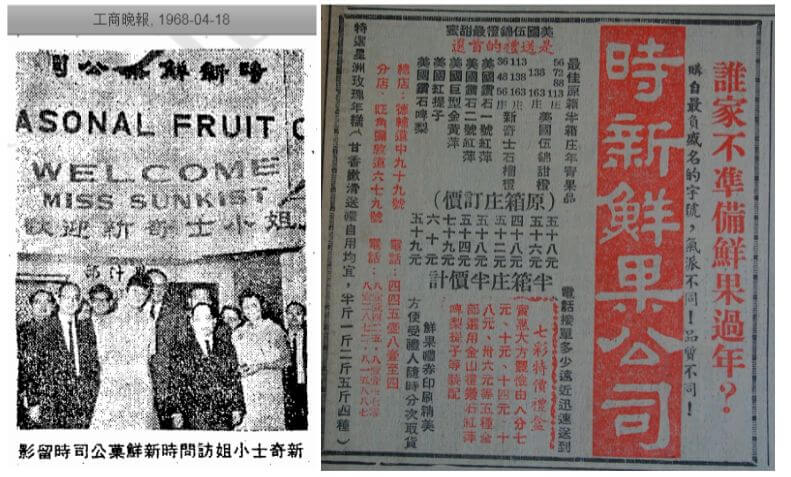 Left: Miss Sunkist visiting Seasonal Fruit in 1968 accompanied by Newman Wu of Reliance Trading which was the sole distributor of Sunkist oranges in HK (KSEN, 1968-4-18); Right: 1967 ad for Seasonal (吳昊(老花鏡)) 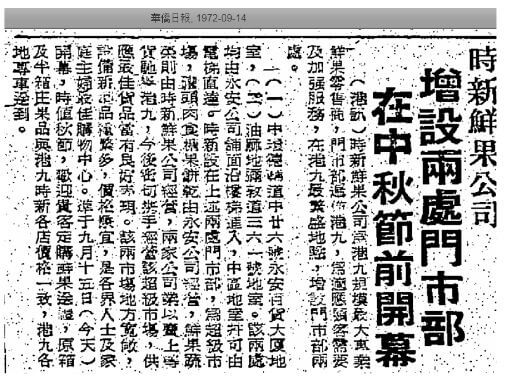 In 1972, Seasonal formed a strategic alliance with Wing On department store and two Seasonal outlets were added in the basement food department of the Wing On’s main store at 26 Des Voeux Road Central and Kowloon store at 361 Nathan Road in Kowloon. In addition to fruits, Seasonal was also selling vegetable in these outlets.

As a firm, Seasonal Fruit Co Ltd was incorporated in 1978 and dissolved in 1998.

This article was first posted on 23rd August 2019.