Our Q+A 20 about George U. Sands asks for information about three HK companies he was involved in. One of these was the Novelty Iron Works.

Can you provide information about the NIW which has several tantalising mentions in dispatches but no solid career record?

Harvard University Library has a collection of Sands’ business records which consist of account books, letter books, diaries, financial material related to his management of:-

The Novelty Iron Works was definitely a Hong Kong concern (there were at least two companies in the USA with the same somewhat curious name).

And Patricia Lim’s book, Forgotten Souls: A Social History of the Hong Kong Cemetery, HKUP, 2011, mentions a, “JW Croker [who] was another technician who worked his way up to become foreman, and then, in 1876, managing engineer of the Novelty Iron Works, finally moving into [unspecified] Docks as engineer in 1880.”

Another mention is a reference in Richard J Garrett’s book, The Defences of Macau: Forts, Ships and Weapons over 450 years, HKUP, 2010, “in the case of the Macau gun it was made at the Novelty Iron Works in Hong Kong,” 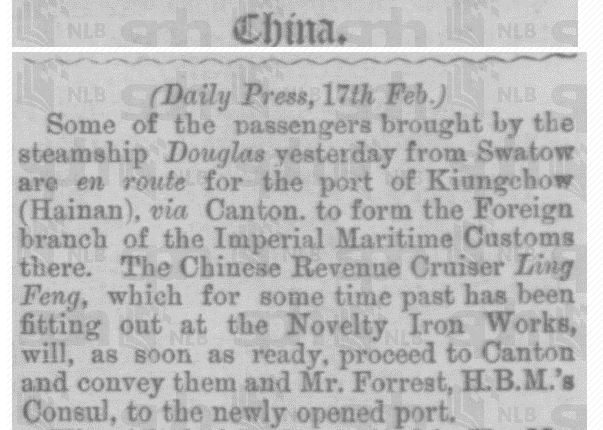