HF: Olyphant & Co. was a merchant trading house in 19th-century China. From its initial involvement there, the firm expanded into other countries including Great Britain, Australia and New Zealand.  Olyphant & Co’s business dealings in Peru caused the company to collapse in 1878. 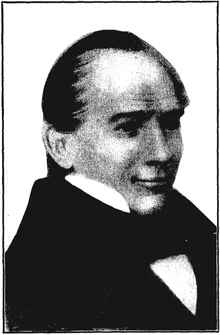 The firm was founded in Canton by David WC Olyphant (1789-1851) and Charles N Talbot after their former employer, King & Talbot went bankrupt. There, the two partners established themselves as supercargoes  trading in “silk, mattings and fancy articles”, (1)  operating from the No. 1 building of the American factory.

Olyphant was a vociferous opponent of the opium trade and the firm was the only large foreign trading company not to engage in opium smuggling. The firm’s anti-opium stance led to its offices becoming known as “Zion’s Corner”. Over the next 30 years, the company continued to grow in competition with other traders including Augustine Heard & Co, Russell & Co., and Wetmore & Co. They opened offices in Hong Kong, Shanghai and Foochow (Fuzhou) and overseas in Australia and New Zealand.

In 1837, Olyphant & Co’s ship Morrison made an attempt to repatriate seven shipwrecked Japanese  sailors and at the same time open trade with Japan. The crew’s efforts were thwarted after the Japanese opened fire and the ship was forced to retreat.

In the 1870s, partner Augustus Allen Hayes helped revive proposals for the Woosung Road Railway between Woosung (Wusong), and Shanghai’s Zhabei district in conjunction with Jardine Matheson and Augustine Heard and Company. 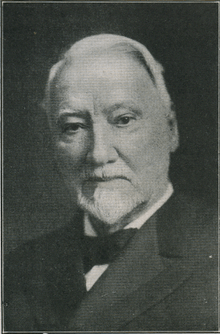 Olyphant and Co. owned and operated the following clippers for the transport of tea and silk from China to the US: (2)

In the mid 1870s, the firm reduced their interest in Chinese products and instead turned to the sodium nitrate business in conjunction with the government of Peru. As an extension to these dealings with Peru’s rulers, Olyphant & Co. agreed to import laborers by steamer from China. However, the firm proved unable to procure the requisite human cargoes, allegedly as a result of jealously on the part of their competition with support from the British government. To the surprise of the mercantile community, the subsequent losses incurred caused Olyphant & Co. to cease trading in late 1878 while owing money to creditors including Drexel, Morgan & Co. and the government of Peru. 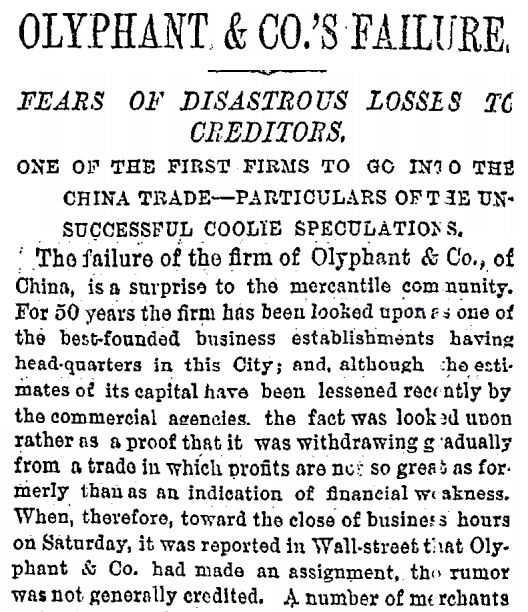