IDJ has sent the following account from an unknown source about numerous proposals regarding different forms of transport mainly on Hong Kong Island and in Kowloon by also extending into the New Territories. Only a couple were carried out. 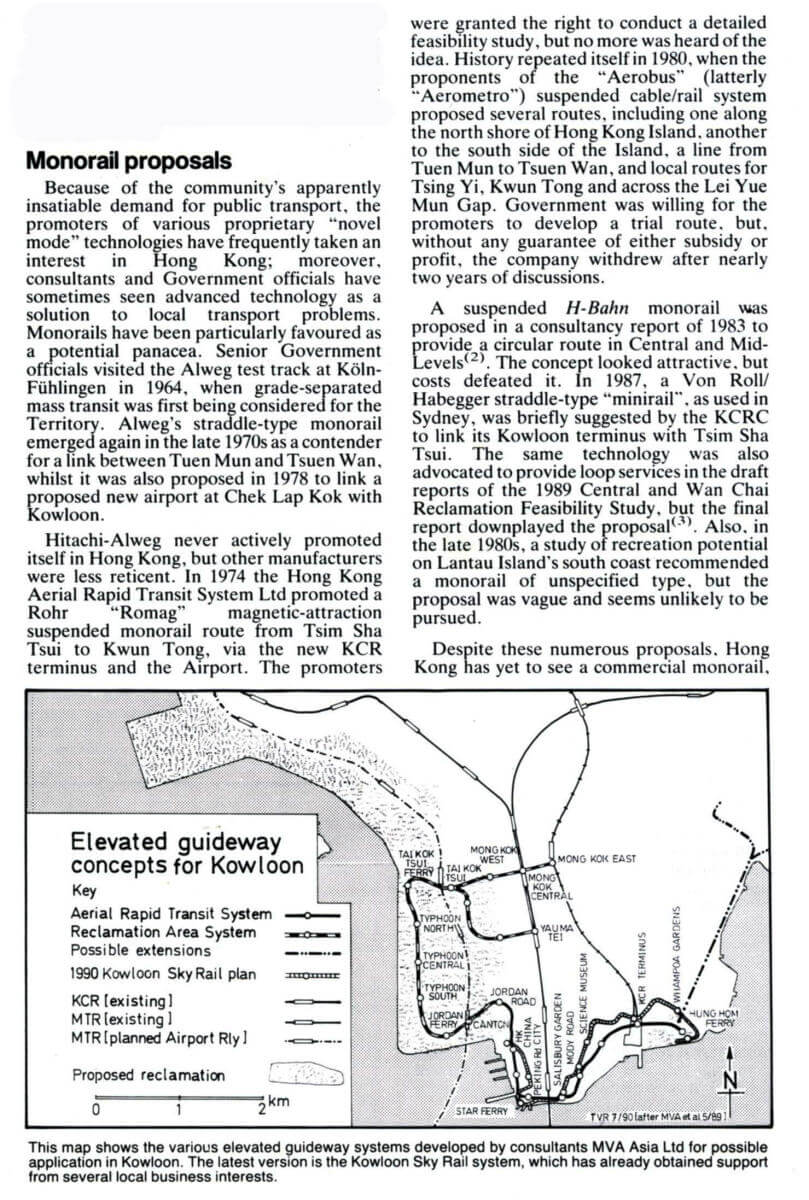 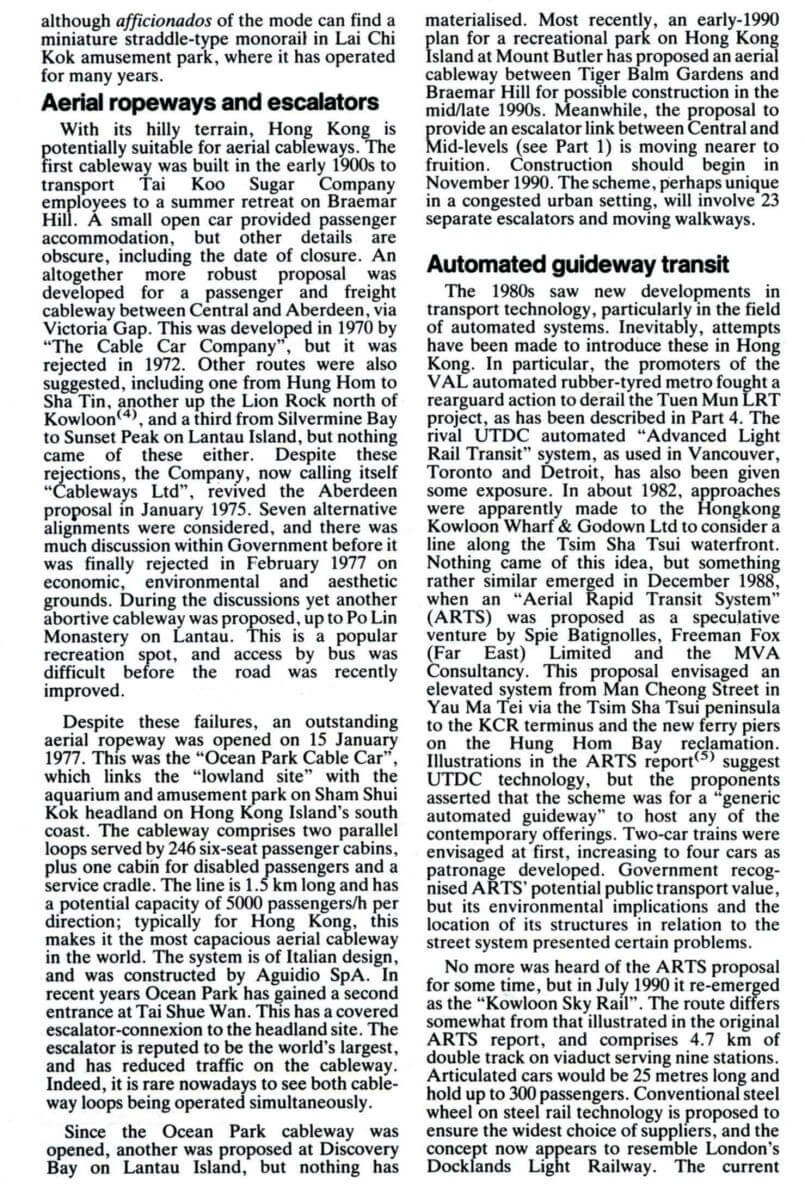 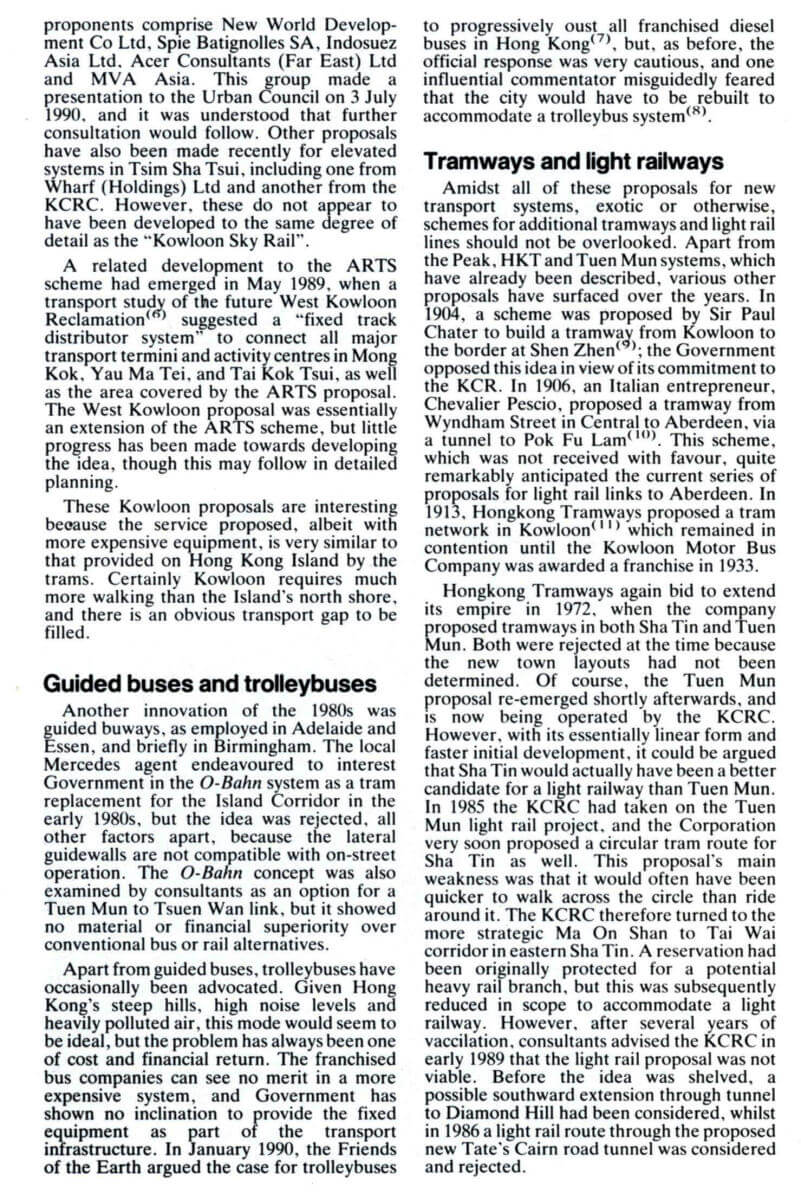