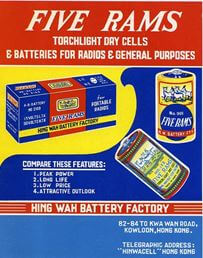 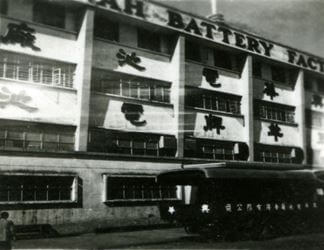 Founded in Canton and expanded to Hong Kong in 1938, Hing Wah Battery Factory (興華電池廠) was one of the oldest and largest players in the batteries industry in Asia. At its peak in the 1960s, the firm not only had manufacturing plants in HK, but also owned factories in Taiwan, Thailand, Malaysia and Vietnam and its low cost Five Rams dry cell batteries were sold worldwide. 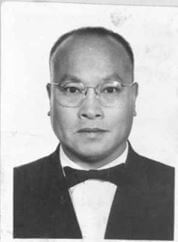 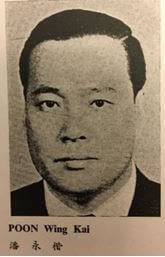 Hing Wah was founded by Jong-Sau Pun (潘壯修, 1907-1988), a native of Shun Tak (Shunde) in the Guangdong province. According to his bio, he was a graduate of the metal works department of the Chinese Vocational Institute in Shanghai (One source claimed that he studied electrical engineering at Shiangchin University in Canton and once managed a power plant in Conghua but that is likely a mixup with one of his younger brothers since Shiangchin was not established until 1934 which was after Hing Wah’s founding). Some sources online cited that Hing Wah was founded in 1928 while an old article stated 1932. There were also some disputes as to whether Hing Wah was the first battery manufacturer in Canton as one record show there was a battery plant in Canton as early as 1900. Regardless, Hing Wah was definitively the largest and most influential battery manufacturer in Canton during the Republican era and was the leader of the pack. (In 1951, it was #1 out of 49 and represented 30.2% of the city’s battery output with monthly production of 210,000 dozens) 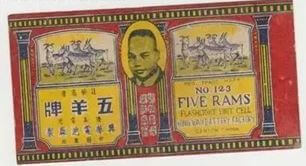 The initial operations were pretty small with a dozen workers in a flat churning out several hundred batteries per day by hand but by 1934, its Five Rams brand of batteries (five rams being the symbol of the city which many other products are named after) had dominated Southern China and Hing Wah had moved into a larger semi-mechanical plant with over 200 workers making a variety of batteries and even started a branch in Wuchow (梧州). 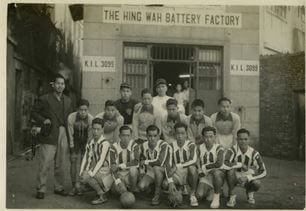 In 1938, the Japanese invaded Canton and as a result, Hing Wah acquired KIL 3099 in Mongkok and built its first plant in Hong Kong, occupying over 10,000 sq ft. Over time, four of Jong-sau’s brothers joined the business – Poon Wing-kong (潘永剛, 1910-), Poon Wing-kai (潘永楷, 1923-), Poon Wing-ting and Poon Wing-chung. Since the Poons came from Shun Tak, they hired through referrals of friends and family and as a result 50-60% of the workers in the Hing Wah plant in HK also came from their native village.  After the War, the HK plant had 200-300 workers. The Canton operation was also resumed and expanded and by 1947, Canton was the center of battery production in the entire China and Hing Wah was the leader of the pack of 43 manufacturers with 2700 square meter of factory space. After the Communists took over Canton in 1949, Poon Wing-kong stayed behind to manage the operations. As deputy chief of the state-sponsored city industry & commerce group, Wing-kong was supportive of the new regime and even donated an airplane to the Korean War effort but eventually headed to HK in 1954 when privatization began and ultimately Hing Wah’s Canton operations were combined with other smaller battery makers to form the state-owned Guangzhou Battery Factory.

Meanwhile in Hong Kong, business was booming thanks to the insatiable demand for flashlight and radio batteries domestically and abroad. By 1952, the plant was manufacturing 300,000 dozens batteries per month and employed 400 workers working with over 200 machines, mostly imported from the US. The firm was leader of the 8 battery makers in HK and competed head to head with Kai-It. Majority of the plant’s raw materials came from Europe with some sourced from Japan which were 30 percent cheaper. In 1953, Hing Wah moved its Hong Kong plant to a 4 storey building at 82-84 To Kwa Wan Road in To Kwa Wan. Soon the plant ran out of space and a 6 storey block was constructed in 1958 next to the original plant and the two blocks were connected to create 10 floors of space. At its peak, the plant had over 1000 workers.

Article about Mr & Mrs Poon Wing-kai traveling the globe in 1963 to learn about the latest developments in the battery industry and visiting their 2 daughters who were studying in the US (Source: Wah Kiu Yat Po, 1963-4-5)

The wave of protectionism and unique business opportunities prompted Hing Wah to set up a series of overseas plants in the 1960s. The first plant was in Thailand in 1958 which was managed by Poon Wing-chung followed by Vietnam in 1960 when its OEM customer Winchester was requested by the US government to help build up the Vietnamese battery industry and enlisted Hing Wah to help run the plant. In 1966, Hing Wah expanded to Malaysia where it spent $1 million and established a 10000 square feet plant in Petaling near the Shaw Studios in Kuala Lumpur. The plant employed 180 workers, many of which coming from Hong Kong (such as Lo Lei Wo who worked at the laboratory in the HK plant and helped established the Vietnam plant) and Poon Ching-yu, a son of Jong-sau, served as its managing director. Due to labor unrests, the Malaysian plant suffered tremendous losses and was eventually sold to Eveready Singapore. In 1968, Hing Wah acquired a 641,520 square feet site in Yilan prefecture in Taiwan and invested millions to build a major batteries plant there.

In 1977, Governor Maclehose visited Hing Wah’s plant in To Kwa Wan and was received by Poon Wing-kong and his sons Victor Ching-sai Poon(plant manager) and Poon Ching-kwok (deputy plant manager). According to the news article reporting the visit, there were 14 batteries manufacturers in HK employing 2200 workers and exported $64 million worth of goods in 1977, a 81% increase from the previous year. The average age of Hing Wah’s 800 workers in its HK plant was 35 and average daily wage was HK$25, with the highest earning $60. At the time Hing Wah was producing 720,000 batteries per month which it exported to America, Japan, Germany, England, Australia and the Middle East. It was mentioned that Hing Wah also had plants in the US, Japan, Taiwan and West Germany.

In the 1970s, the second generation of the Poon family joined the business and arguments between the brothers ensued, causing some long-time employees to leave to start other battery companies. The family feud resulted in a lawsuit and a judgement was made in 1979 that the To Kwa Wan plant be auctioned off. It was eventually sold to Sun Hung Kai Properties and re-developed into the 10 story Hing Wah Centre in 1983 and the factory also became a part of Eveready.

While the HK and overseas operations of Hing Wah had faded into history, the state-owned Guangdong Battery Factory which came out of the original Canton operation of Hing Wah continued to grow. In an interesting move in 1985, Guangzhou Battery acquired Mindex Battery Works, the HK-based manufacturer of the Hi-Watt brand of batteries (a brand often confused with Hing Wah since its initial is HW) from the Ting family. Hing Wah alums were also sought after for their technical expertise and helped develop the industry in Greater China and beyond (as far as Paraguay).

In 1988, Jong-sau Pun died in Hong Kong and was survived by 3 sons and 3 daughters – outside of work he was active with the Kowloon Chamber of Commerce (which he served as vice chairman) and was a director of the Tung Wah Group of Hospitals, Lok Sin Tong and the CMA. Poon Wing-kai served as Chief of relations for the Chinese Manufacturers Association and vice president of the HK Amateur Swimming Association. In April 1989, Poon Wing-kong (who was chairman of the Kowloon Tong Club in 1973 and had migrated to Canada) made a sentimental trip back to Guangzhou with his relatives for the first time in 35 years. The government has returned the 1400 square meter mansion he designed and lived in before 1954. He also visited his old office at the Guangzhou Battery Factory. Through marital ties, the Poons are connected with other leading industrialists in HK – Wing-kai’s daughter Joanna was married to Lincoln Yung of Nanyang Cotton Mills and Jack Tang of South Sea Textiles while his son Wilfred married the daughter of Anthony Yeh of Taiping Carpets. One of Wing kong’s daughters married the son of Tsang Kwok-ping, a leading figure in the metals business who was a director of Kader Industrial (his niece is the wife of Dennis Ting of Kader which also compete with Hing Wah via Mindex Battery Works and its Hi-Watt batteries) and Chiaphua (which has business relationship with Hing Wah). 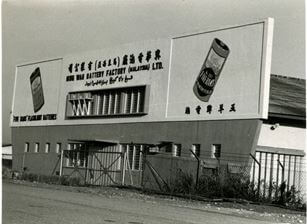 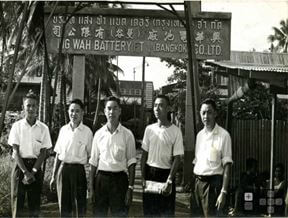