IDJ has sent in more information about the Lam Tei Quarry and its connection to the proposed Ping Shan Airport. This time a Technical Bulletin from the Airfield Construction Service (RAF) from May 1946.

Several times a week the echoes of a large explosion reverberate round the hills in the  vicinity of Ping Shan. A.C.S quarrymen, with their Chinese and Indian employees are blasting away perhaps another 1,000 tons of rock at Camp Brook – so named after Air Commodore W.A.D. Brook, C.B.E Air Officer Commanding, Royal Air Force, Hong Kong.

No. 4857 Quarry Flight, bound for Okinawa with “Tiger Force” and diverted in Hong Kong on the Jap surrender, are doing a big job breaking records in supplying stone for new runways… 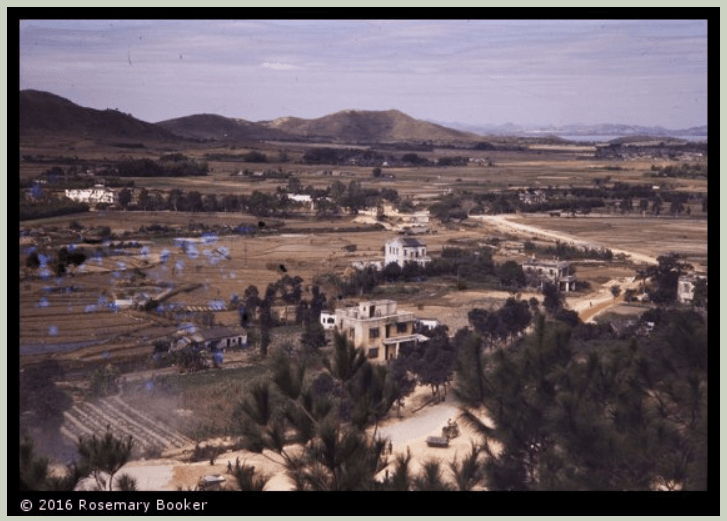 University of Bristol – Historical Photographs of China reference number: RB-t0875. Photograph by Air Vice-Marshal A.L. Fiddament, taken during a round the world fact finding trip. Caption in Fiddament’s notebook: “Hong Kong – Pin Shan site 27/11/45”. His photograph shows the area where a new joint civil/military airport was planned in and after 1945. The Ping Shan airport scheme was never built

This article was first posted on 19th January 2014.