Like Cheng Yu-tung of Chow Tai Fook Jewellery and the New World Group (see article on Hip Hing Construction) and Young Chi-wan of King Fook Jewellery and Miramar Hotel (see article on Pro-Quality Electronics), Kwok Yat-wai was a jeweler and real estate developer active in the 1960s and 1970s although Kwok maintained a much lower profile and would have been completely forgotten if not for the Tung Wah-managed secondary school in New Territories named in his memory.

A native of Panyu in Guangdong province, little information is available about the early years of Kwok. By the late 1940s, his Grand View Jewellery (大觀珠石行) was already one of the leading Chinese jewelers in HK operating out of 222 Queen’s Road Central (now Kai Wong Commercial Building) and later moved to 62 Queen’s Road Central (now Peter Building).

Like many of his peers, Kwok became active in the property market in the early 1960s and established the real estate department of Grand View Jewellery. To enter the real estate business, Kwok partnered up with Hop Yick Tai Construction Co (合益泰建築), which was owned by Chung How-liang and operated out of 223 Temple Street and at Everest Building at 241-243 Nathan Road in Kowloon. In 1962, Kwok incorporated East Asia Investment & Mortgage Co Ltd (東亞置業按揭) to engage in property development. 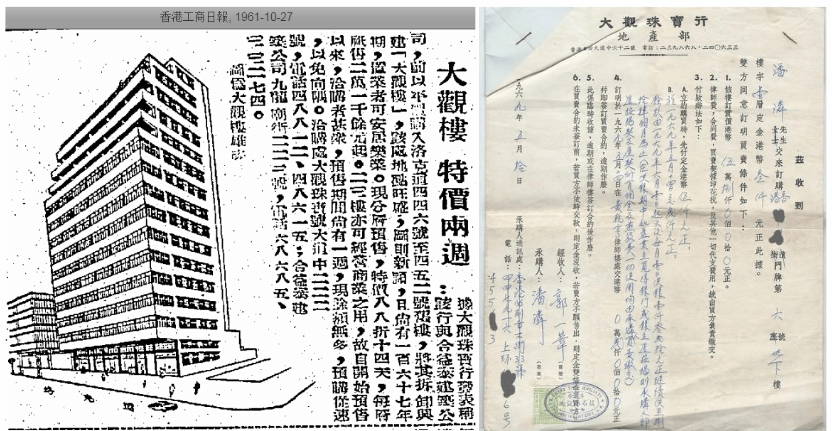 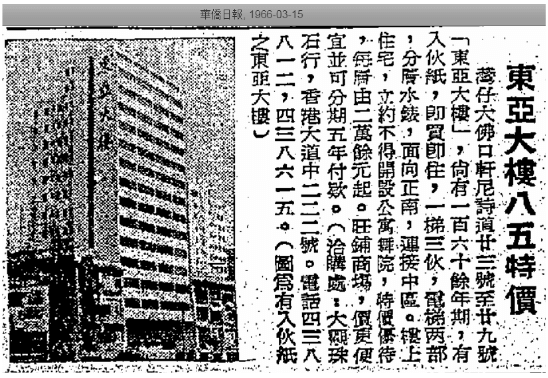 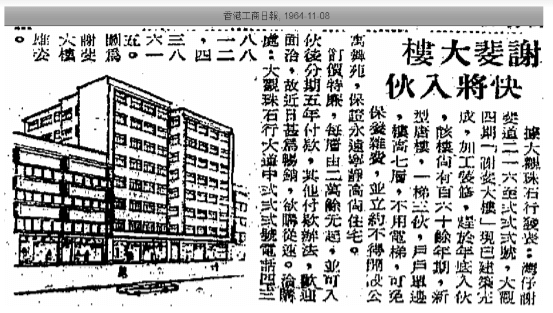 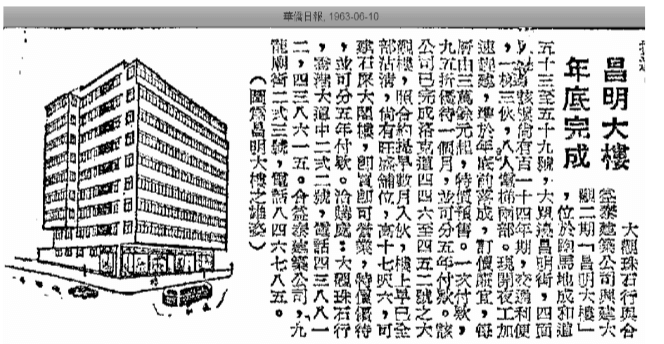 Before his death in 1990, Kwok Yat-wai kept an extremely low profile and only served one term as a director of Tung Wah Group of Hospitals in 1971-72. He was survived by three sons – Henry Kwok Ka-hing (郭家慶), Kenneth Kwok Ka-ching (郭家政) and Raymond Kwok Ka-sing (郭家聲), who amplified the impact of the family fortune through generous philanthropy with a focus on education. In 1996, Kwok’s family contributed HK$6 million towards the construction of the Tung Wah Group of Hospitals Kwok Yat Wai College in Tin Shui Wai in New Territories in his memory. In 2011, the family donated HK$30 million to the HK Baptist University and the school in return renamed the cultural and recreation building on the Shaw Campus as Madam Kwok Chung Bo Fun Sports and Cultural Centre in honor of Kwok Yat-wai’s wife Chung Bo-fun (鍾寶芬). In 2015, the Kwok brothers through the Kwok Chung Bo Fun Charitable Fund endowed the Kwok Yat-wai Endowed Chair of Environmental and Biological Analysis at HK Baptist University. 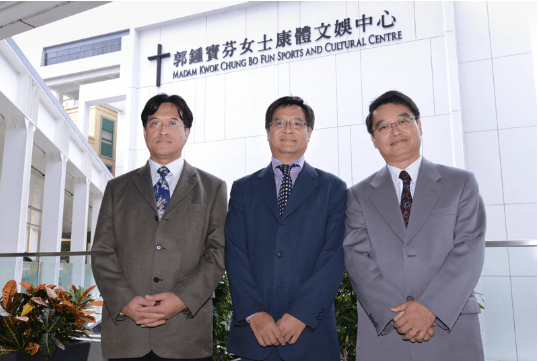 Sources other than those cited above:

This article was first posted on 5th August 2019.