HF: Kau Wa Keng (九華徑), is a village and valley between Lai King and Lai Chi Kok though traditionally and administratively it belongs to Kwai Chung.

The village has about 300 years of history, most of the villagers were originally of the Tsang clan.

It’s located near to the reclaimed Lai Chi Kok Bay. Three rivers once joined at the bay and formed a beach at the estuary.

The village was formerly known as Kau Pa Keng (狗爬徑), which means ‘Dog climbing path’, named after the crawling postures that villagers once took as they climbed up the extremely steep slope to reach the village. This name was changed as villagers thought the name was vulgar and also likened the villagers to dogs. 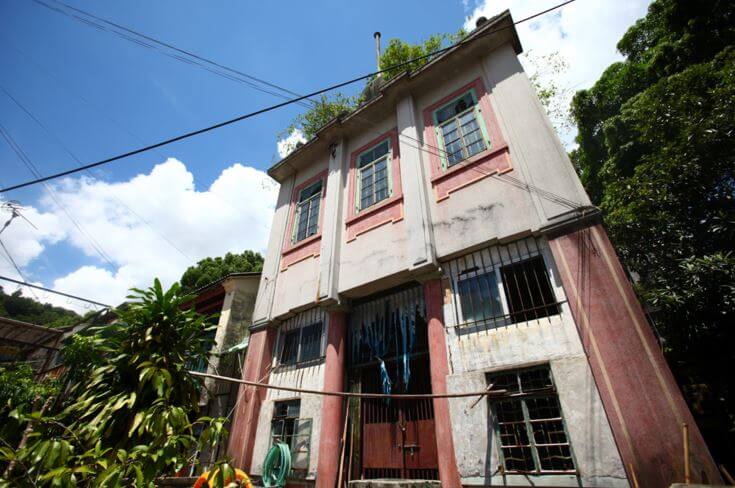 A new village Kau Wa Keng San Tsuen(九華徑新村) is located on the western side of the valley and was built following an influx of immigrants from mainland China after WW2. (1) (2)

This article was first posted on 5th March 2016.