K. Jamson(占臣) – the global journey of a HK shoe and luggage company over the past nine decades

York Lo: K. Jamson(占臣) – the global journey of a HK shoe and luggage company over the past nine decades 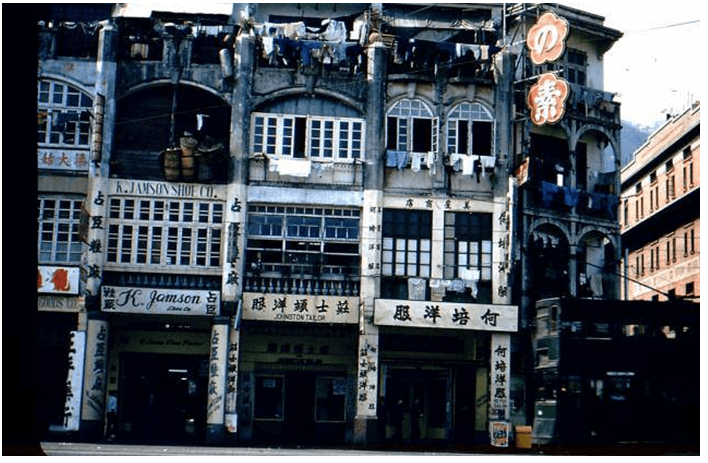 Jamson store on the left on Johnston Road in Wanchai in 1955.

Earlier in the group, we covered several famous localshoe companies from the 1950s and 1960s such as Po Shing, Sanda, Crane and Yau Sun. Founded in 1930, K. Jamson Shoe Co (占臣鞋廠) was another prominent HK shoe manufacturer/retailer from the era and under the leadership of three generations of the Kan family starting with its namesake Mexican Chinese founder Kan Jamson, the firm evolved over the past nine decades from a HK-based chain to a leading retail chain of luggage and other leather goods in Canada, returning to China in recent years.

First Generation: from Hoiping to Mexico to HK

Jamson’s founder Kan Jamson (簡述濱 or Kan Sut-bun) was a native of Hoiping in Guangdong province. He went to Mexico at an early age and after he had achieved success in business there, returned to Guangdong. He eventually moved with his family from Canton to Hong Kong where he founded K. Jamson Shoe Co in 1930, making shoes by hand for visiting sailors. Like other entrepreneurs covered earlier such as HK Old Mary (Mary Wong Tse) and James S. Lee, K. Jamson earned the trust of visiting naval officers and after the War received licenses from the Canadian and US Navy to board their battleships to conduct business. The firm established its first factory and retail store at 30 Hennessy Road in Wanchai and Kan Jamson hired many of his fellow clansmen as workers and salesmen. When the HK Kan’s Clansmen Association (簡氏宗親會) was formed in 1954, KanJamson served as its inaugural deputy supervisor and recruited the fellow clansmen who worked for him to join the new association, beating all other groups in terms of enrollment.

Second Generation: expansion to Japan and in Hong Kong 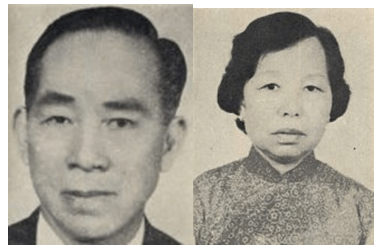 Born in 1912, Kan Jamson’s son Kan Hon-wah (簡漢華) worked with his father at an early age and went to Japan where he established Far East Leather (遠東皮革) after he completed his education in Hong Kong. When his father fell ill in the early 1960s, he returned to HK to take over the family business in 1964 and within a decade, K. Jamson had built up a chain of 7 stores in high end shopping destinations such as Ocean Terminal in Tsim Sha Tsui, Prince’s Building in Central and Lee Garden in Causeway Bay. In addition to building up a retail presence in Hong Kong, Kan Hon-wah was also keen on the export promotion of HK manufactured leather goods and participated in many trade delegations organized by the HKTDC and other groups.

Kan Hon-wah and his wife Poon Sui-heung (潘瑞香) were both active with the HK Kan’s Clansmen Association which they served as permanent honorary chairman and permanent honorary advisor respectively and together they had three sons – their eldest son Kan Kam-tong (簡金棠) worked in the HK Police Force while their second son Kan Kam-wing (簡金榮) worked for the family business. Their third son Joseph Kan (簡金鴻) graduated from the University of Toronto with a degree in biochemistry and expanded the family business to Canada in the 1970s.

Third Generation: from HK to Canada and Back

After graduation, Joseph Kan started his first luggage store under the K. Jamson name (占臣皮具) in Toronto in 1975. The focus on luggage proved timely as a massive influx of HK immigrants into Canada began in the mid-1980s and over time, K. Jamson evolved into a chain of 18 stores located in major shopping malls in Ontario under the K. Jamson name. Luggage City (first one opened in 1999 and its flagship store in Woodbridge at 5000 sq ft is the largest travel superstore in the Greater Toronto area) and retails L’Attache brands. The company received the Best Dealer Award and Best Retailer Award from the Luggage & Leathergoods Accessories Association of Canada in 2000.Over the years, K. Jamson had sourced products from China and in recent years, it entered the mainland Chinese retail market by establishing a branch in China South City in Shenzhen in 2009 and serving as the sole distributor of Heys  (number 1 Canadian luggage brand) in China from 2009-2013 in addition to selling its own K. Jamson brand.

This article was first posted on 1st February 2019.