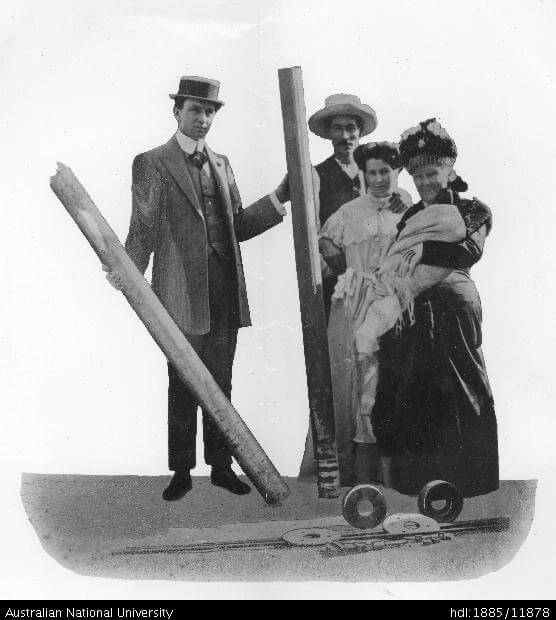 The Hume family with the first piece of ‘Hume’ pipe Courtesy: National Library of Australia

On 1 July 1952 Hume Steel Limited went into voluntary liquidation and was taken over by Humes Limited as its Steel Division.