James Chan: Our article, The [Hong Kong] Steam Laundry Company, asks for further information about what was thought to have been two steam laundry companies over a considerable period of time from the late 19th century to the early 1950s.

Two pieces on the subject of steam laundries were included in a series of articles in the South China Morning Post from 17th June 1933 to 13th April 1935 written by VHG Jarrett. They were given the general title Old Colonial. 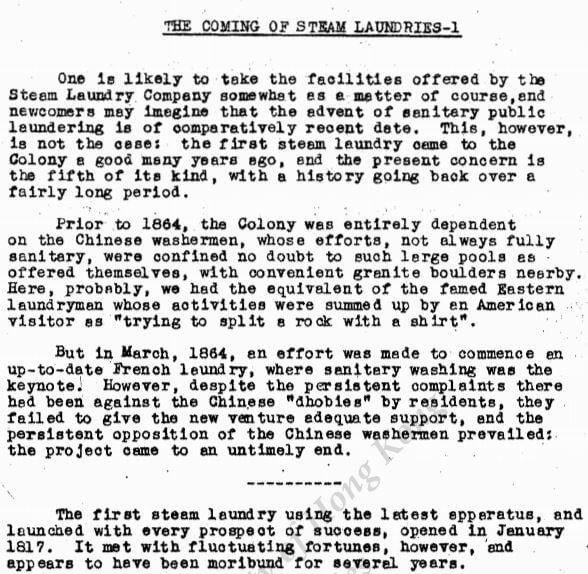 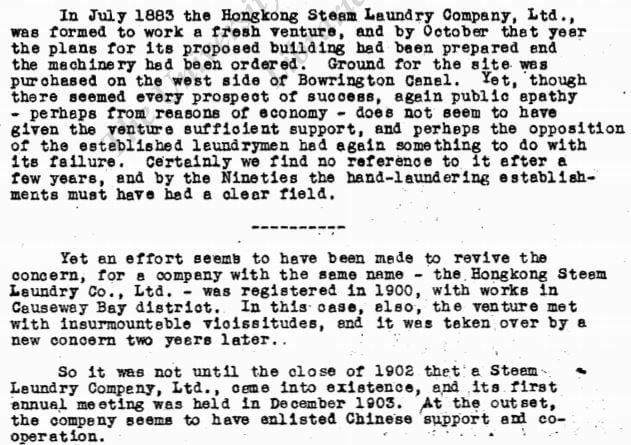 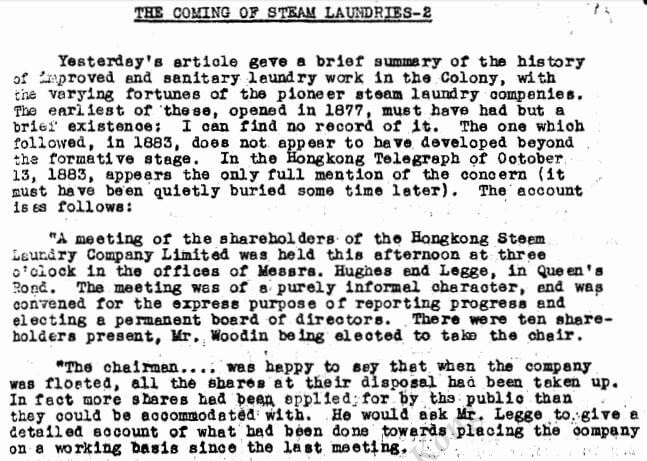 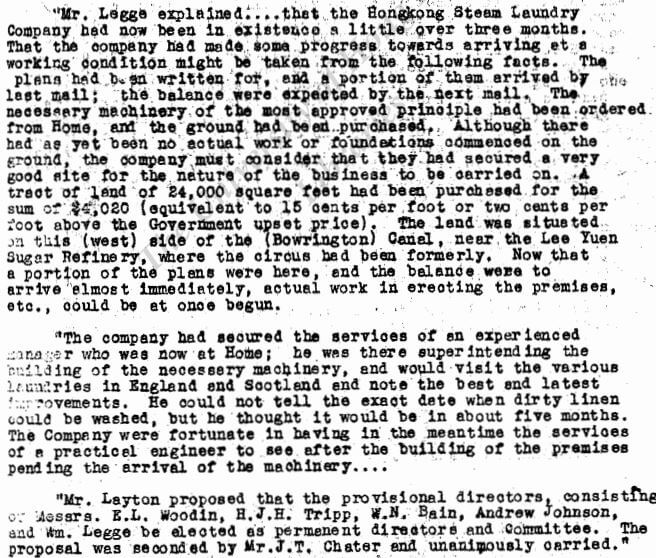 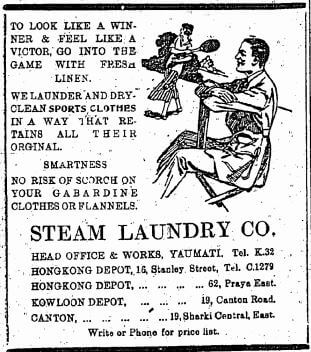 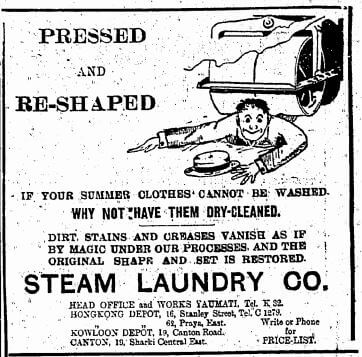 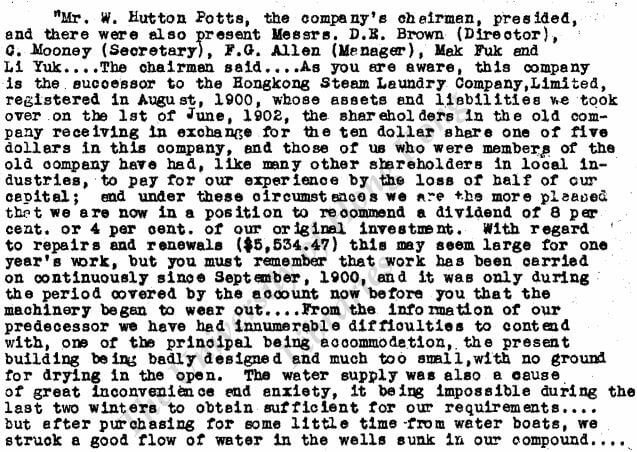 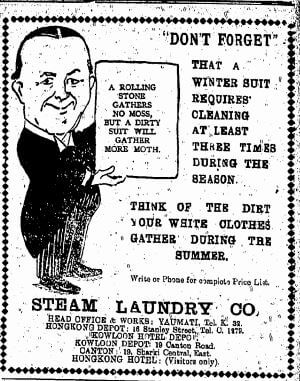