HF: I hadn’t come across Far East Aviation until the following article was sent in a while back. It was first published in 1934 in Flight International magazine which became the FlightGlobal website in February 2006. What happened to the FEAC as a commercial airline company is not apparent, it appears to have been mainly an agent/supplier of aircraft to China. However the article also indicates a a clear link to a Hong Kong flying training school so I have linked in IDJ’s two articles about the HK Far East Flying Training School below.

“It will come as an agreeable surprise to many of our readers to know that a single concern—the Far East Aviation Co., Ltd,—has supplied about 130 British aircraft of both military and civil types to China during the past three years. A short history of
the company should be of interest. In 1928 Mr. R. Vaughan Fowler and Mr. F. R. Smith started the business as a private company. When he came to England in 1930 Mr. Vaughan Fowler made arrangements to represent in China the majority of British aircraft firms. On his return he was accompanied by Mr. A. V. Harvey, who became the chief test pilot and
demonstrator of the company. A limited liability companywith the title of The Far-East Aviation Co.. Ltd.. was formed in 1930 with a capital of half a million Hong Kong dollars. The managing director is Mr. Vaughan Fowler; Mr. Harvey is the manager for Hong Kong and South China. Besides its aviation activities the company is responsible for Far Eastern Motors in Hong Kong. At the present time a flying training school, which will be run on similar lines to the School of Air Service Training, is being formed. In return for an annual grant of 30,000 Hong Kong dollars, the school undertakes to train ten members of the Hong Kong Volunteer Defence Corps each year. It is thought that a number of Chinese Government students will take ground engineers’ courses at the school. 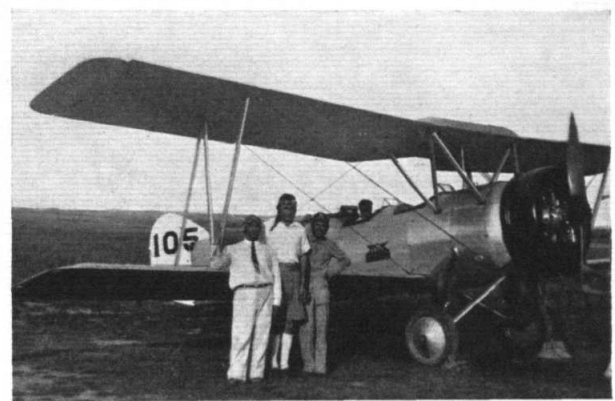 Mr. F. W. Murray, late of A.S.T., has already left  for Hong Kong to take up the duties of chief instructor to the school, and Lord Malcolm Douglas Hamilton will follow in January to assist him. Another former member of the staff of A.S.T., the chief ground engineer and
foreman, Mr. Waldron, is going out in January to take up a post with the company. He will be assisted by Mr. WHcocks. The initial equipment of the school will be three Avro ” Cadets ” (7 cyl. ” Genets “). I^ater two Avro 626 (” Lynx “) advanced training machines and possibly a ” Cutty Sark ” (2 ” Genet Majors “) will be added. The instructional staff of the company includes Messrs. H. A. Howes, A. D. Bennett, G. S. Jones-Evans, G. B. Mussom,
Fit. Lt. J. R. Brown, L. Rowley, and a Chinese pilot,Mr. Hung. 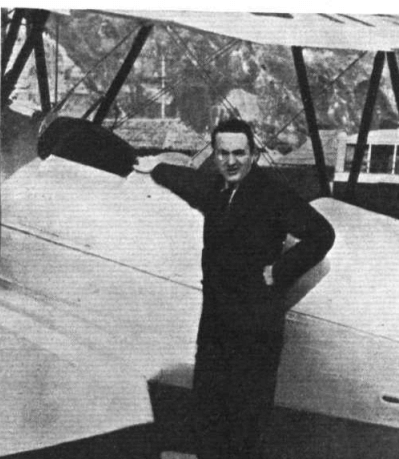 THE MANAGING DIRECTOR : Mr. R. Vaughan Fowler, a pioneer of the business.

The following types of machines have been sold in China by the company:—Avro ” Avian,” Avro ” Cadet,”Avro 621, Avro 626, Avro 637, Avro VI, A.W.XVI,” Atlas II,” Westland ” Wapiti,” and Saro ” CuttySark.” All these aircraft are fitted with Armstrong Siddeley engines ranging from the ” Genet ” to the ” Panther.” The interchangeability of the parts of many of these Armstrong Siddeley engines is a great asset in a
country such as China. The Avro 637 type should be particularly well suited to Chinese demands. The greatest competitor of Great Britain in the Chinese aircraft market is America. The Curtiss ” Hawk, “Douglas ” 02.Me ” and Vought ” Corsair ” military types
are all employed. Junkers K.47 two-seater fighters and some Fiat BR.3 bombers are also to be found. Since the conflict between China and Japan several patriotic Chinese have subscribed to purchase aircraft. The Honan Provincial Government has donated several of these machines. The purchase was followed up by an order for more, which only goes to show what our manufacturers can do abroad if they really try.” (1)

FIGHTING EQUIPMENT : Three A.W.XVI’s (« Pantherlla “) at Shanghai. The ruins in the background, before a Japanese bombardment during the first Sino-Japanese conflict, were hangars.

See: Flight International magazine –  is a weekly magazine focused on aerospace , published in the United Kingdom. Founded in 1909 as “A Journal devoted to the Interests, Practice, and Progress of Aerial Locomotion and Transport”, it is the world’s oldest continuously published aviation news magazine.

FlightGlobal online: FlightGlobal provides powerful aviation intelligence through data and analytics. We continue to develop new capabilities to support our customers’ short and long-term decisions and planning, leveraging our unique combination of expertise, technology and databases. It demonstrates our commitment in providing a complete view of the aviation industry today, tomorrow and beyond.

This article was first posted on 1st November 2017.