The Construction of the Bank Of China Tower – don’t look down!

IDJ:  The Bank of China Tower houses the headquarters of Bank of China Hong Kong. Designed by Ieoh Ming Pei, the 70-storey building’s height is 315 meters with two masts reaching 369 meters. Construction began in 1985 and was completed in 1989, with its official opening on 17 May 1990.

It was the first building outside of North America to break the 1,000 feet (300 m) mark, the first composite space-frame high-rise building, and was the tallest building in Hong Kong and Asia from 1989 to 1992.

These images were apparently taken by a  US based photographer/film maker, David Litz. They appeared in a HK Sunday paper magazine supplement in the late 1980s. However, there are no clues in this article  as to who he was actually taking the images for.

The article was on HK construction site safety! 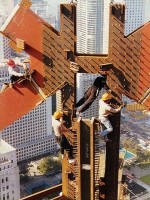 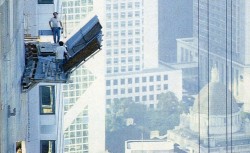 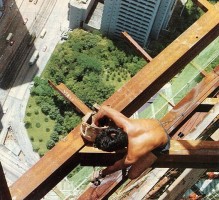 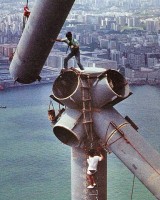 This article was first published on 27th April 2014.