The Shin Kensei, a cargo ship, formerly belonging to the Indo-China Steam Navigation Company, was seen on 7 July 1944 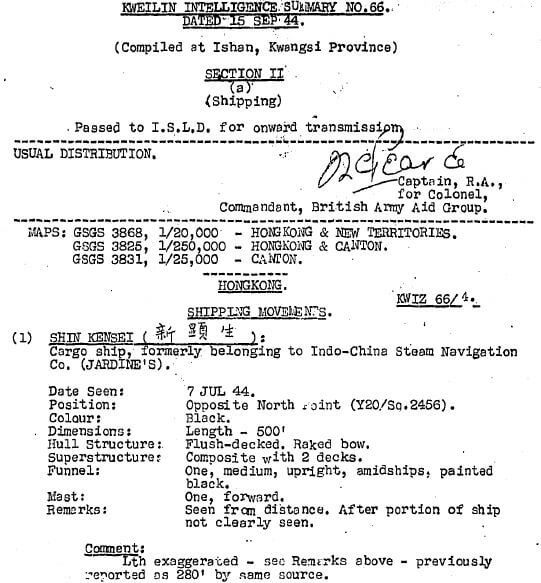 Thanks to Stephen Kentwell for sending this a photo of a model of the Hinsang which is now displayed in the Jardines London office, and was made by Mr. H.N. Hardie while interned in Stanley Camp (Hong Kong) between 1942 and 1945. 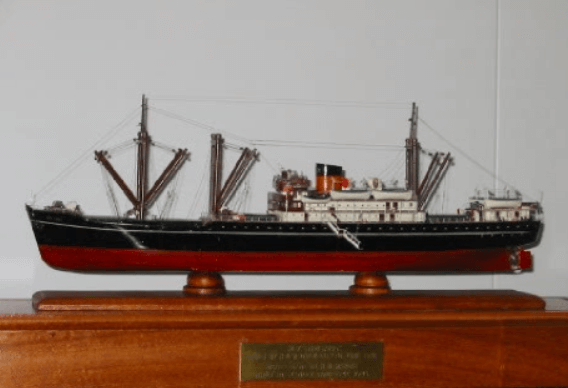