The Tosan Maru, pre-war China Navigation’s SS Soochow (the CN’s second in a series of ships with that name) , a cargo ship, was seen on 8 Aug 1944

Inward passengers: About 1,000 military officers and men to be transferred to Canton and Ho Hau in launches, 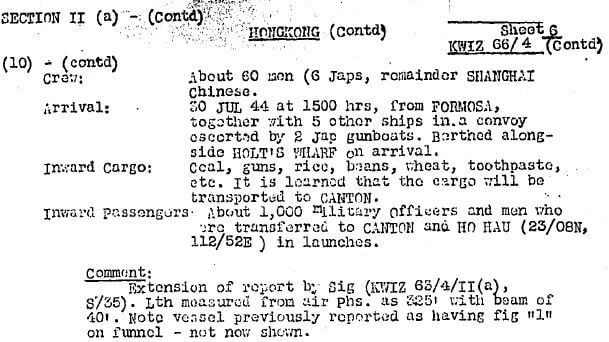