Repairs: on 21 Aug the ship was taken to Cosmopolitan Dock for repairs and painting. 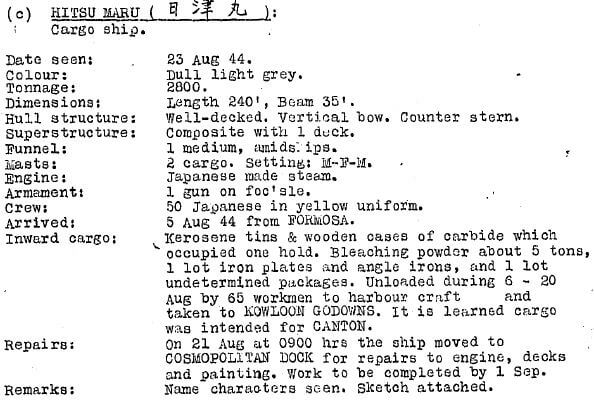 This article was first posted on 5th February 2017.