These provide information not only about the ships themselves but what cargo was being brought into and out of Hong Kong during the latter stages of WW2, passengers carried, and of godowns, docks etc that were being utilised. (BAAG Report KWIZ #70.)

Arrived on 20 Jul 1944 from Shanghai via Formosa 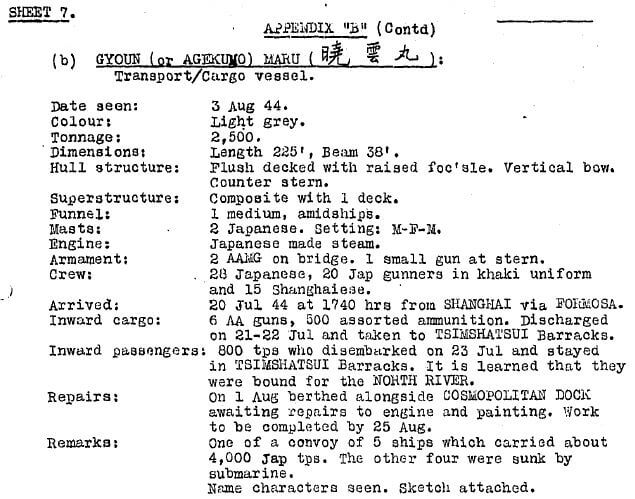 This article was first posted on 29th January 2017.