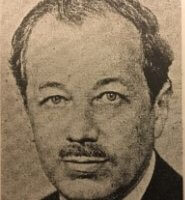 York Lo: From Dodwell Motors and Gilman Motors to Metro-Dodwell and MD Motors As a result of a series of acquisitions by the Inchcape group in the late 1960s, Metro Cars, the distributor of Austin automobiles covered earlier merged with Dodwell Motors and Gilman Motors to form Metro-Dodwell, the largest auto dealer in Hong Kong in the early 1970s. Below […] 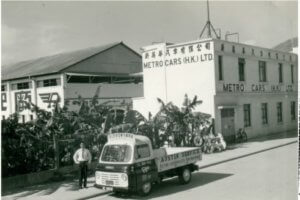 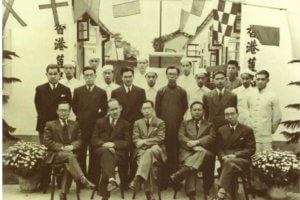 York Lo: From Curios and Jewelry to Soy Milk and Cinemas – the 150 year old saga of the Shiu Lock Hing family Several articles on the website have covered Chinese family businesses in Hong Kong which have existed for not only a century but close to or over 150 years – these include Kwong Fat Yuen Hong in the […]

Murjani – the Ups and Downs of a HK Garment Dynasty 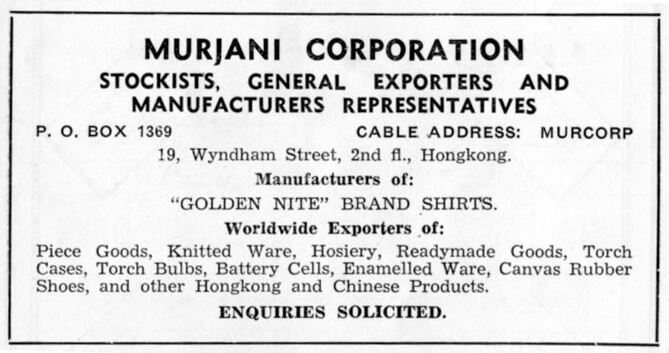 York Lo: Murjani – the Ups and Downs of a HK Garment Dynasty The history of the HK garment industry would not be complete without the profile of the Murjanis. Starting with a single shop in 1930, Bhagwandas Kewalram Murjani (B.K. Murjani) started one of the first and largest HK garment exporters to the US market in the 1950s. The family […] 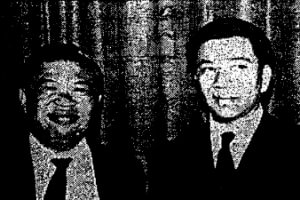 York Lo:The Wong Brothers of Yuen Kee Hong – from Preserved Ginger to Metals and Frozen Meats In the article about aluminum industry pioneers Wah Chong and Ting Tai, we have mentioned about Yuen Fung Metal Works, one of the four firms which partnered up with Wah Chong and Ting Tai to form the sales consortium known as Aluminium Manufactures […] 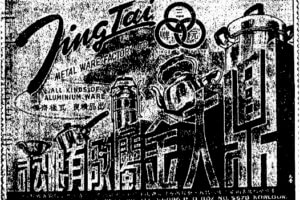 York Lo: Five Stars (五星牌) and Three Rings (三元牌) – Aluminum Pioneers Wah Chong (華錩) and Ting Tai (鼎大) Production of aluminum (or aluminium based on the British spelling) sheets and products in Hong Kong began in 1949 with two firms – Wah Chong, the maker of the “Five Stars” brand of aluminum ware which opened its branch factory in […] 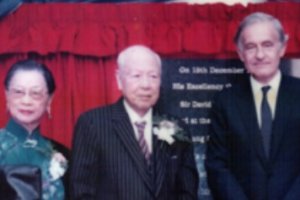 York Lo: Au Shue-Hung (區樹洪, 1902-1991) – Real Estate Pioneer and Philanthropist Left: Au Shue-hung (center) and his wife with Governor Sir David Wilson (right) in 1988 at the dedication ceremony of the Au Shue Hung Centre for Film and Television; Right: Everest Building – the blue billboard on the right contained evangelical messages put up by the Au family.  […] 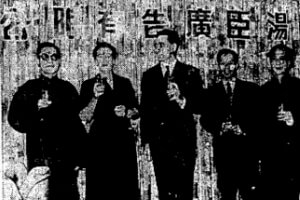 York Lo: Advertising & Publicity Bureau (湯臣廣告公司) APB’s booth at the British Industries Fair in 1939 in Birmingham, UK. APB was the first overseas ad agency to have exhibited at the show, which was the most popular attraction in the UK from the 1920s to the 1950s (Malaya Tribune, 1939-3-28)  As mentioned earlier in the article about the HK neon […]

City of Neonlights: HK Neon Light Industry and some of its key players 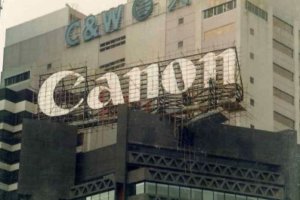 York Lo: City of Neonlights: HK Neon Light Industry and some of its key players Hong Kong owed its reputation as “the Pearl of the Orient” to its neon light industry which lit up the city from signs for small shops on busy streets to giant record-breaking signs atop skyscrapers on the Victoria harbor front from the 1930s to the […] 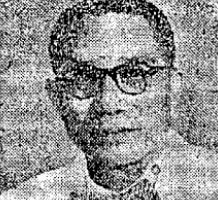