I found this  report as happens while looking for something else. I thought it was interesting enough to put into an article.

Chapter 5 deals with The Labour Force. The report concentrates on the years 1961 and1971, based on the census reports of these years. This was when the “Made in Hong Kong” period was becoming of enormous importance both within Hong Kong itself but also world-wide with regard to certain manufacturing industries.

I have extracted several tables which show how the labour force and areas of employment changed.

First 1931 and employment figures by gender for a variety of employment categories. 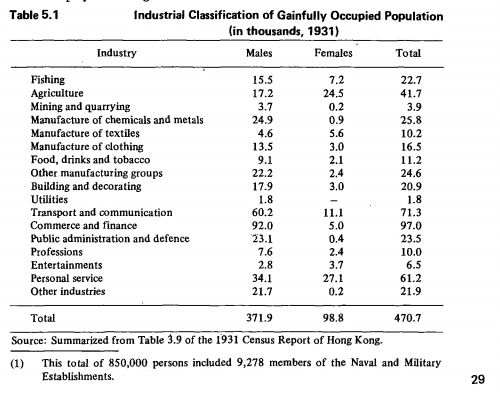 Then from 1961 and 1971 the age and gender distribution of those working. 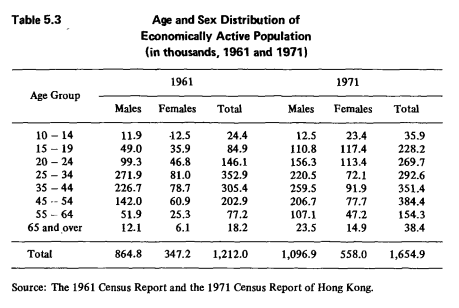 Next  employment figures for 1961 and 1971 broken down into a variety of categories. 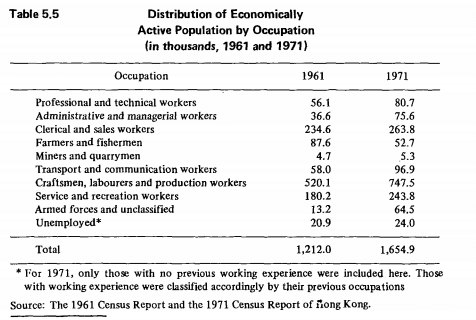 Finally workforce distribution by industry in 1961 and 1971. 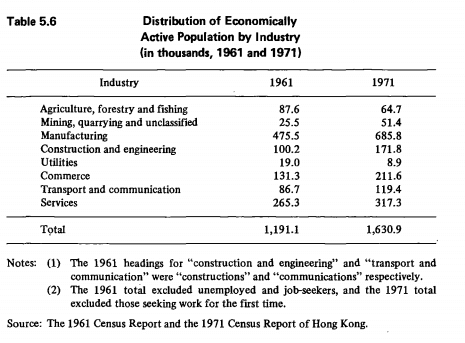