Founded in Canton in the early 1920s by Chan Shiu-chuen (陳少泉, 1903-1968) and moved to HK in the late 1940s, Po Chai Drug Co (普濟藥行) was best known for its Lemonin – a popular pain killer medicine across China and Southeast Asia from the 1920s through the 1960s. In fact, the firm was so identified with the product it was incorporated into the firm’s name when it was registered in HK as Po Chai Lemonin Medicine Co Ltd (普濟檸檬精藥行) in 1955 with $150,000 in capital.

Chan, who earned the nickname of “King of Lemon” thanks to the popularity of his products, was a native of Xinhui in Guangdong province. He followed his parents to Canton at a young age where his father was a merchant. In around 1923-24, the 20 years-old Chan came up with Lemonin, a pain killing powder which was effective and affordable. The product was an instant success and within a year Lemonin was a household name in the Guangdong province.

When the Japanese occupied Canton in 1938, Po Chai relocated with the KMT regime to the Southwest where branches were established in cities such as Kunming, Chunking and Kweilin. When the War was over in 1945, Chan returned to Canton and then moved to HK in 1949 where he extended Lemonin’s markets to Southeast Asia and beyond. In 1954, Chan Shiu-chuen visited Phnom Penh with plans to open a branch there.

To promote the brand, Po Chai spent a lot on advertising and participated at the HK Products Expo and other trade shows. Another form of promotion was brand ambassadors known as Miss Lemon (檸檬小姐) and the famous HK actress Lee Heung-kam (李香琴) was one back in 1955, a year before she entered the movie business and became famous. 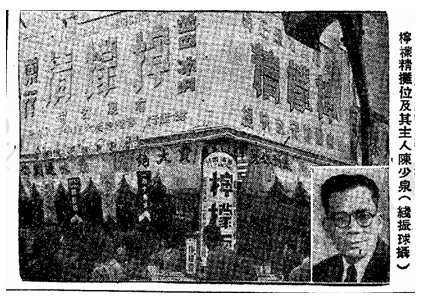 The most famous Miss Lemon however was Elizabeth Choy Him-heong (蔡艷香, 1933-), a Malaysian Chinese Cantonese opera singer who was Miss Lemon in the 1950s and remains active in the Cantonese opera circuit there today. According to Choy, the role was nonpaid but she received free supplies of Po Chai products and free publicity with all the product posters. She also became friends with Chan Shiu-chuen and his wife Yeung Shau-ying who became her godparents. 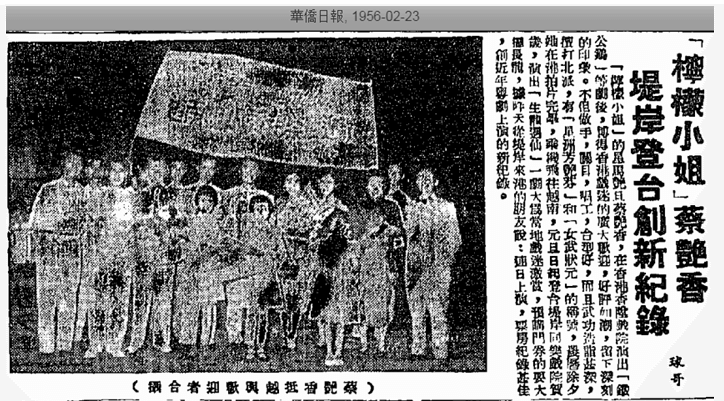 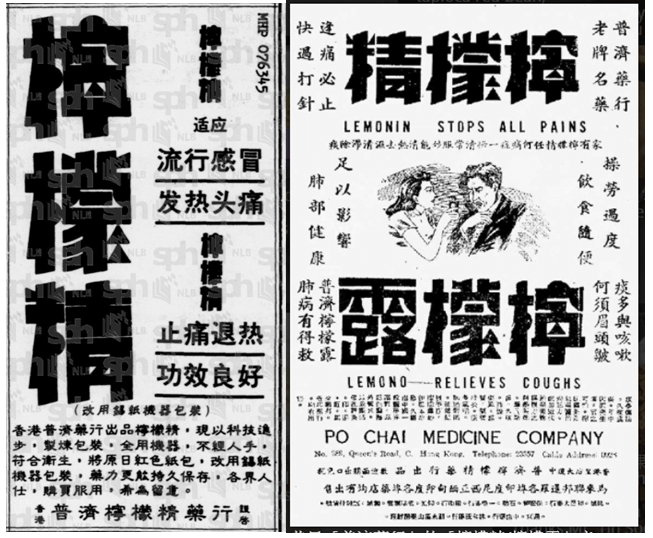 In October 1968, Chan Shiu-chuen died at the HK Sanatorium at the age of 65. He was survived by three sons and 4 daughters. One of his sons – Chan Wai-leung (陳慧良) is listed as a director of Po Chai Lemonin Medicine Co Ltd which is still a live company. A “Po Chai Medicine Co Ltd” (普濟醫葯有限公司) which was incorporated in 2000 and dissolved in 2004 appeared to have released its version of Lemonin but it is unclear if it is related to the original Lemonin.

This article was first posted on 8th June 2018.