Before the British took over the New Territories in July, 1898 there were no roads but an extensive network of footpaths paths or Chinese Roads across the territory.  These paths provided connections between the villages and to the sea shore for marine transport. The first topographical map of the New Territories, published in 1904 describes the paths as “Chinese roads about 4′-0″ wide“.

Sections of these paths can still be found today when visiting the more remote areas of the New Territories. 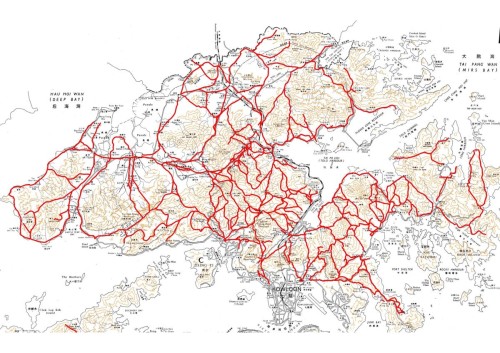