Ad for Cheong K’s Kam Hoi Mansion at the former site of the Coca Cola bottling plant in North Point in 1962 featuring Cheong K’s logo on the right (KSDN, 1962-10-4) 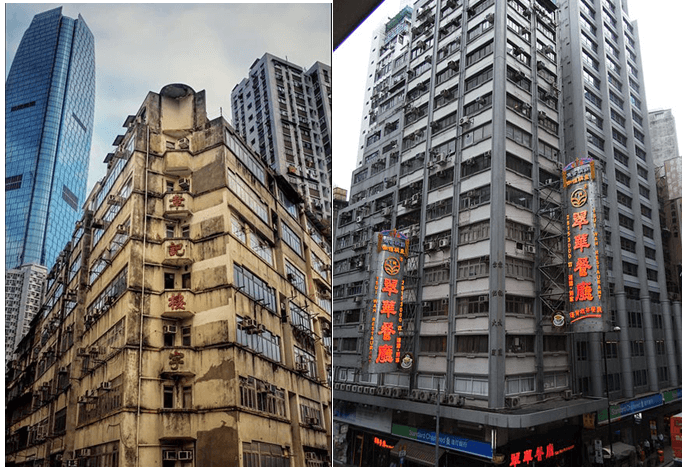 Earlier on the website, we covered several pioneers of the HK real estate industry from the 1950s and the 1960s such as Goodyear, Tai Cheung, Dah Yuan and Lynhall. Founded in 1948, Cheong K. Company Ltd(章記建業) was another pioneer from the same era and many buildings developed by the firm still stand today such as the Cheong K Building (章記大廈) and the On Lok Yuen Building in Central and Swiss House in Quarry Bay shown above. When the Real Estate Developers Association of HK was founded in 1965, Cheong K founder Watt Mo-kei (屈武圻1915-1996, also spelled as “Wat Mo Ki”), was one of two vice chairmen (the other being Stanley Ho of Macau casino fame) under Henry Fok, highlighting his status in the real estate industry at the time.

Watt Mo-kei hailed from a prominent Chinese Christian family in HK. His father Watt Lok-hing (屈樂卿, 1881-1959) was a native of Panyu and a leader of the HK Methodist Church for over half a century who was involved in the establishment of its Wanchai church. Watt Lok-hing was also a volunteer at the Nethersole Hospital for over four decades and was a close friend and church colleague of Cheung Kut-shing, the founder of the confectionery firm On Lok Yuen (see article), whose board he served on and as a result, Cheong K. helped to develop On Lok Yuen Building in Central in 1961. 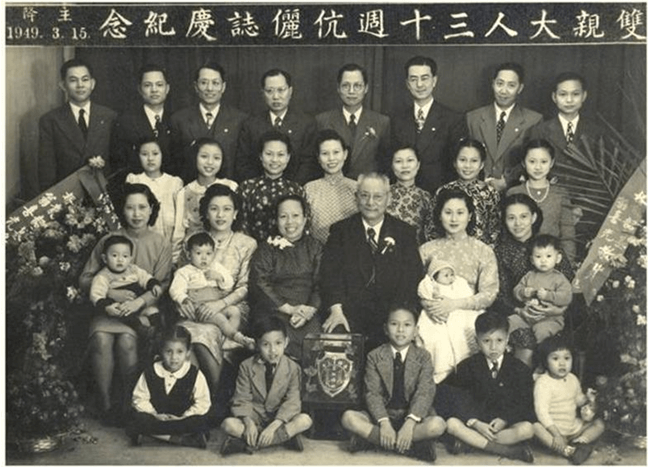 Like several other real estate pioneers such as Edward T.T. Chan of Tai Cheung and Pang Kwok-chan of Goodyear,Watt Mo-kei graduated from the Church sponsoredLingnan University in Canton in 1937 and worked for the Young Men’s Christian Association (YMCA) in Hong Kong before the War. He remained active with both Lingnan and YMCA throughout his life. When theLingnan Alumni Association wanted to purchase its own clubhouse (Lingnan Club), Watt’s Cheong K. sold them the 12th and 13th floor of the On Lok Yuen Building in Central where it has remained since 1961. As for Hong Kong YMCA, Watt served on its board for many years and in the early 1970s served as its chairman.

After the War, Watt established Cheong K in 1948 although as a firm it was not incorporated until 1957. Alongside Henry Fok of National and Edward Chan of Tai Cheung, Watt was attributed as one of the pioneers in selling real estate by flats and by installments in the early-mid 1950s which revolutionized the HK real estate industry. In 1954, Watt acquired a portion of Kowloon Inland Lot 1157 in Mongkok and constructed three 4-story buildings known as 2 Kwong Yung Street, 4 Kwong Yung Street and 22 Yin Chong Street (煙廠街, named after the Oriental Tobacco Factory, see article). In 1955, Cheong K acquired the 40,000 sq ft site of Fung Keong Rubber Manufactory (see related articles) in Shau Kei Wan where it developed 12-story Shau Kei Wan Mansion (筲箕灣大廈) at 27-31 Factory Street (as of 2013, the Watt family and the P.L. Seng family of Gloria Weaving still held a few flats when SHK Properties acquired 90% of the building; it is now a SHKP project known as “Lime Gala”) in 1956 and Post Office Mansion (郵政大廈, it had a post office on its ground, since been re-developed) in 1958.

Cheong K was also a pioneer in developing properties in the New Territories and in 1959 acquired several hundred thousand square feet of land at 12 ½ mile on Tai Po Road to develop houses with plans to sell them at HK$30000 each which was half of the price of a residence of equivalent size in Kowloon. In the early 1960s, Cheong K. began developing office buildings – starting with the On Lok Yuen Building at 25 Des Voeux Road Central which was allegedly the first office building in HK which was sold by units (most developers only lease their office properties even to this day) which was shortly followed by the 18-story Cheong K Building down the street at 84-86 Des Voeux Road Central. 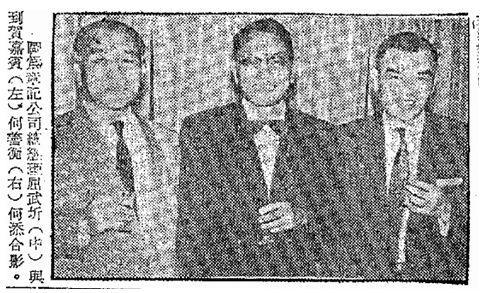 In 1963, Cheong K. developed the 25-story Chung Hing Mansion (中興大廈) at 981 King’s Road in Quarry Bay and Kam Hoi Mansion (金海大廈) at 15-83 Pan Hoi Street on the former site of the Coca Cola bottling plant owned by HK Bottlers (to be covered). As shown by the ad below, it offered a very aggressive financing package – zero down and spread over 80 monthly payments. 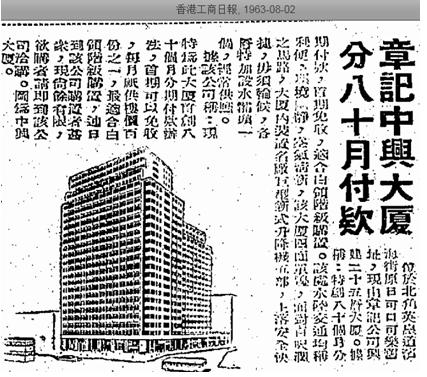 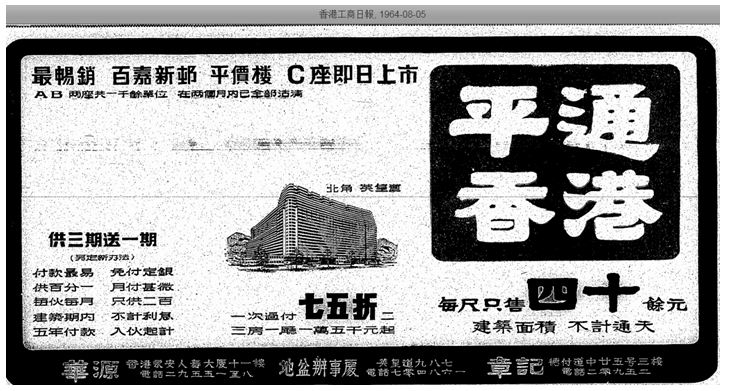 In 1964, Cheong K. partnered up with Wah Yuen Investment (華源置業), a property developer controlled by the Chung brothers of E.WahAik San (see article) to develop a massive housing project by the name ofParker Estate (百嘉新邨) on King’s Road in North Point/Quarry Bay, not far from another Cheong K. property Swiss House. From advertisements shown above and below, Parker Estate was billed as Hong Kong’s cheapest flat in a per sq ft basis (HK$40) with flat starting at $15000 each and the world’s lowest mortgage payment at the time (1% of purchase price per month) and 25% discount if paid in one lumpsum. Perhaps affected by the banking crisis of 1965 and the subsequent riots in 1966 and 1967, the project was re-organized with Cheong K. out of the picture and the Chung brothers’ E. Wah and Aik San picking up the pieces and developed sold the complex as five different buildings in the early 1970s – Yick Cheong Building (益昌大廈), Yick Fat Building (益發大廈), Montane Mansion (海山樓), Oceanic Mansion (海景樓) and Fok Cheong Building (福昌樓). The complex had become a popular tourist destination as it was featured in one of the Transformers movies and National Geographic for its stunning visual image which represented the density of buildings in HK. 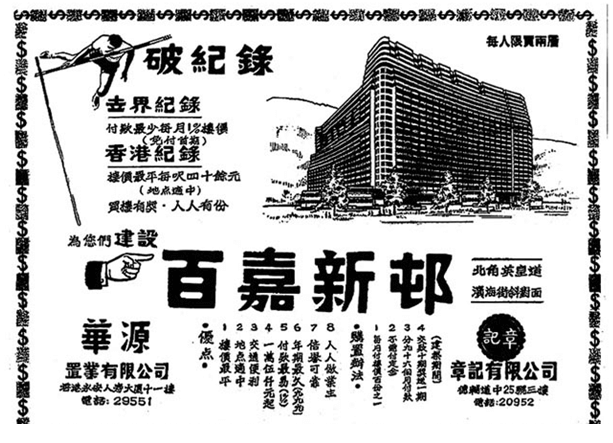 Another ad for Parker Estate

Cheong K retreated from the real estate market after the mid-1960s and as a firm was dissolved in 1997.

An explorer and prolific writer, Watt traveled extensively for leisure and to learn about housing development in different markets in the world. He wrote down what he learned from these trips and published many books in Chinese about his travels – his European trip in 1958, his Australian trip in 1959, his US trip in 1960, his Canada trip in 1961, his Central and South American trip and his Northern Europe trip in 1962, his South Pacific trip in 1967 and finallyAround the World in 40 Days in 1969. He also wrote a series of evangelical essays for WahKiuYat Po which were compiled into a book called Light of Life (生命之光) in 1965 and penned several books on his life lessons such asSuccessful Individuals (成功人物), Key to Success (成功之鑰), Words of Wisdom (智慧之言) and others.

Aside from writing and traveling, Watt Mo-keiwas active in philanthropy and community service. He and his family lived in Stanley where he was active with the Kaifong Welfare Association and the local Civil Aid Service squad. In addition to Lingnan and YMCA, he was a director of the Tung Wah Group of Hospitals in 1957-58 and served on the board of the Nethersole Hospital and the Methodist College. He died in 1996 and was survived by his wife of 56 years,Ling Yau-yung (凌友融, whom he married in 1940 at the HK Methodist Church), his son Watt Hing-yan (屈慶恩, PhD in nuclear engineering from MIT) and his daughter Karen Watt (屈佳恩).

This article was first posted on 3rd December 2018.