29 The Parrott Building, built in HK, re-constructed in San Francisco?

David Williams has been in touch:

I believe that the stone for the Parrott block was acquired by Bernard Peyton through the firm of Jardine, Matheson and Co. The stone that was acquired was then put on the barque Dragon, which arrived in San Francisco on August 4, 1852. I think it took 52 or 54 days to cross the ocean, which means it left Hong Kong around June 14 or so.

I was wondering if you had heard of the Parrott Block and might have any insights into granite quarries in Hong Kong in the 1850s. Could the building have been erected in Hong Kong and then taken apart and shipped to San Francisco?

David adds: One of things that I wonder is about how the stone got to San Francisco. As noted it came on the Dragon but I don’t think that it was that big of boat. I am not sure but think it was a 290 ton boat that was 105 feet long. How did they get enough granite on the boat to build the building? Or was there more than one ship involved?

Stephen Davies comments: The building does not appear to be entirely built in granite. The window bays, ground floor footings and other decorative bits look like stone. Much of the rest looks more like rendered brick.

That said, schlepping building material around the world was quite common in the 19th and even early 20th centuries. More than a few HK buildings were built of British bricks shipped out as ballast. Some very early HK buildings used granite shipped up from the Philippines. So in principle the stone could have come from HK.

Hugh Farmer: The building was built (in San Fancisco) in 1852 and demolished in 1926. If you can help David please add a comment to this article, 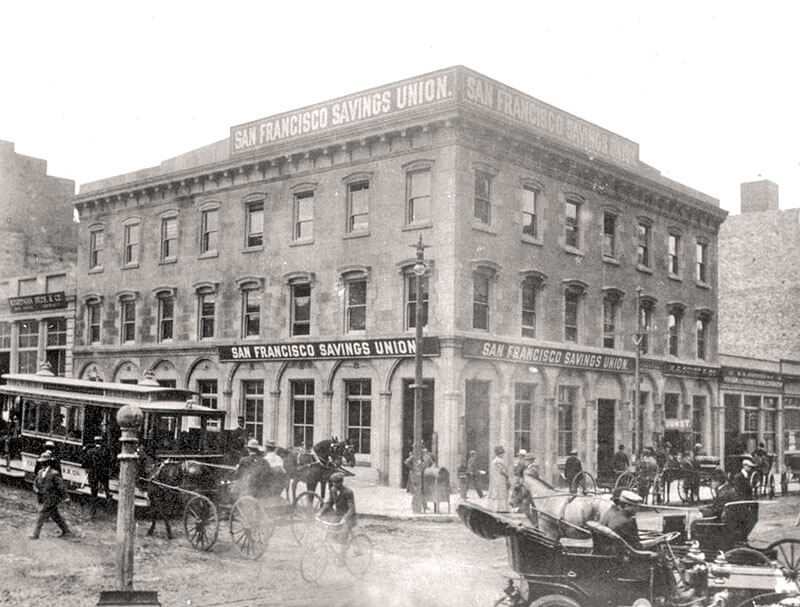 See: Brief history of the Parrot building plus images